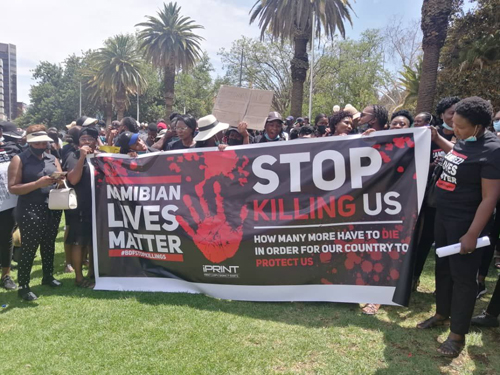 The Zambezi Development Association (ZDA) says a joint media statement, issued by the governments of Namibia and Botswana over the killing of Namibians along the Chobe River, lack a roadmap to justice.

In his new year’s message, President Hage Geingob said investigations into the Botswana Defence Force killing of three Namibian brothers and a Zambian cousin, are still ongoing. The November 2020 shooting has been widely condemned and nearly soured relations between the two countries.

Geingob said this year he has on repeated occasions expressed regret at the loss of lives of Namibians who were callously shot on 5 November 2020 while on a fishing expedition. “The investigations into the killings are ongoing. The affected families and the Namibian public will be informed about the findings of the investigations at the appropriate time.

In the meantime, let me once more express my sincere condolences to the bereaved families. My dear brother, President Mokgweetsi Masisi has joined me to apologise sincerely for the loss of lives and the apology is included in the joint statement we issued,” Geingob said. However, Geingob’s update and the joint statement issued by the two countries have not been well received by the ZDA.
In a statement, ZDA leadership committee member Blessing Maanda argued since the release of the statement, most people in both countries failed to understand the purpose and goal of it.

This they said is because the speech is not addressing important and expected course of action since the police joint investigation findings were completed and handed over to both heads of state for feedback and action.

“The police joint investigation report which is of public interest is not addressed in the joint statement,” he said.
“The police joint investigation report that was conducted by Namibia and Botswana police was supposed to be made public and all findings were supposed to be covered in the presidential joint statement, to give closure to the public to know and understand the truth of what took place that led to the killings. Were the killings just or unjust?” Equally, he added the statement was supposed to give evidence of poaching that led to the shooting of the well-known fishermen.

According to him, the silence of traditional leaders over BDF killings of Namibians is very worrisome.
According to reports, 37 Namibians have lost their lives at the hands of the BDF since independence.
“Having said that, we shift the blame to the heads of state for not giving a platform for our kings to voice out and present their solution to the problem since they have a role to do in the process.

“The presidential joint statement is not in line with the initial joint police investigation and public expectations. We, therefore, request that the joint statement should give well-detailed findings and give a roadmap of justice as expected,” Maanda demanded.
-anakale@nepc.com.na