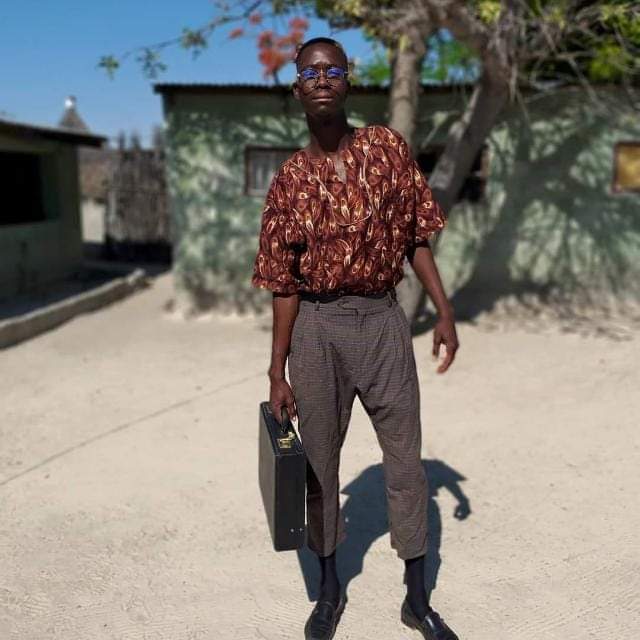 The practice is owned by social activists and one of the most sought-after young lawyers in the country, Kadhila Amoomo.

The 29-year-old Shinana had been making rounds on social media in various clips, talking about Kadhila, and making statements such as ‘Ondonga opo taikala’.

‘‘I have been promoting various businesses for free so that they get clients. For the Amoomo brand, it was just for fun, but little did I know I was going to become the ambassador. I am so excited because finally, my work has paid off,’’ he said.

Speaking to VIBEZ!, Amoomo said, “Kayemele is one of the most creative youngsters in the comedy industry. We appreciate each and every creative and talented youngster in our country. They should keep polishing the art’’.

Last week, before Shinana’s appointment, Amoomo uploaded Kayemele’s video clip on his Facebook page, commending him on his creativity.

‘‘I am proud of what this lawyer is doing for the people both in the country and overseas, serving as a voice of the voiceless, representing the Namibian people and exercising the law of justice for everyone. As the ambassador, I am now responsible for promoting the Amoomo legal brand, serving as a social media influencer, disseminating various information to the public about the brand and exposing all that he does to his audience.’’ Kayemele noted.  ‘‘I want everyone to have a lawyer because so many people don’t know their constitutional rights, they are accused and victimised for things they haven’t done.”