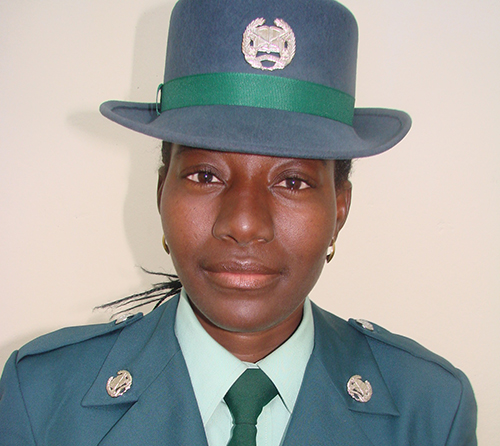 There is a growing perception that Namibia’s civil service is a huge unproductive system manned by largely incompetent people who would rather spend their mornings pondering over what to have for lunch and devote the afternoons to devouring their respective lunch treats.

But, according to one Laimi Ndelifeweka Hainghumbi, that notion is utter hogwash, and tantamount to judging a book by its cover - without any knowledge of its content.

Says Hainghumbi; “That perception does not hold water for the reason that all government ministries and agencies have performance management systems in place as – an integral component of human resources management – that assesses the employees’ performances.”

She further said, through the performance management systems, regular monitoring and evaluation of employees’ performances are done and when competency gaps are found, they are addressed through appropriate learning and development interventions that enable the employees to pursue career advancement.

Hainghumbi was born in Olupandu, a remote village in the Omusati region, and attended primary school at Onyika Combined School until Grade 5 before fleeing into exile with her parents. There she continued with her primary education at Onyango Health Education Centre (Zambia), until 1990.

After independence, Hainghumbi, together with her parents returned to Namibia and again it was back to school for her as she continued with her secondary education at Eengedjo Senior Secondary School in the Ohangwena region.

Hainghumbi, who joined the public service in April 1999, says it has been her dream to work for the government, especially the NCS.

“I was attracted by the green uniform of the NCS. Upon my matriculation in 1994, I came to Windhoek and applied at the Ministry of Prisons and Correctional Service (Ministry of Home Affairs, Immigration, Safety and Security).

“After an unsuccessful interview in March 1996, I attempted again in 1999, and by the Grace of God, I was recruited,” she narrated.

After completing the NCS basic training of six months, she started working as a prison officer (secretary) in the industry division. Among her responsibilities were to type manuscripts, filing, and setting appointments.

In 2001, Hainghumbi was promoted to senior prison officer (SPO) at the procurement office and tasked to procure building materials for correctional facilities such as Divundu Administration Block, Elizabeth Nepemba Single Quarters, and the demarcation of Windhoek Correctional Facility.

In 2007, Hainghumbi was transferred to sub-department correctional operations as a secretary to administer the day-to-day office activities.

She became a chief correctional officer at public and media relations division, sub-division graphic design and production, in 2009, a position she holds up to the present time. Among her responsibilities, include the development and execution of communications, branding, and promotional strategies.

She is also responsible for disseminating educational information to staff and the public as well as organising NCS events and writing articles.

Hainghumbi says it is a challenge adapting to the new technologies, however, “I acquaint myself with new developments and innovations to deliver efficient and effective services to NCS and the nation at large,” she said.

Hainghumbi is optimistic that her media and public relations expertise is beneficial to NCS. Among some of her recommendations that benefited the NCS include the purchase of sophisticated applications of software and economical equipment.

“Today, the NCS is producing magazines, posters, leaflets, brochures, advertisements, and developing documentaries of our events,” she said.

When asked to point out some work-related accomplishments or memorable moments that she is proud of as a public servant, Hainghumbi points out the Namibia University of Science and Technology Career Fair (2013) award, Omaheke Trade Fair (2018), and the Erongo Trade Fair and Windhoek Agricultural and Industrial Show as some of the major achievements.  She enjoys engaging the members of the public regarding NCS operations and activities. Organising events and interacting with media houses.

She, therefore, urged those who are planning to pursue their career in public service to do so with the perspective of making a difference in society and the entire nation.

“Everybody comes with qualities, creativity, values and merge them into a working environment. Your discipline and proficiency will assist the government to excel in every area. The greatest of all is to make a positive and progressive impact in the country,” she said.

Hainghumbi’s wish is to see the government flourishing with greater success in every department and for public servants to adopt the spirit of ownership as Namibians, to be honest, committed, and have integrity.