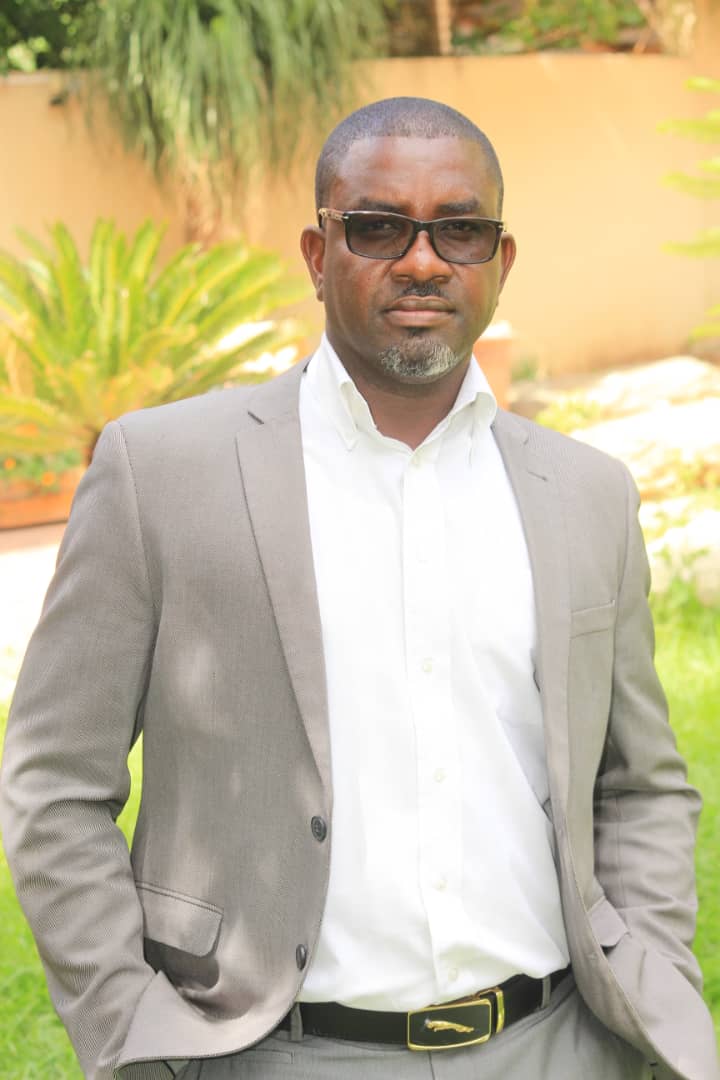 Rhingo Mutambo has 16 years of experience in public relations, communications and marketing in the public sector and considers himself as a caring, humble and loving individual.

Before that, he worked for a short period at NBC TV as a news translator from English to Otjiherero.

He is now the chief public relations officer in the Office of the Prime Minister in Windhoek.

“To be honest, I only joined the public service by default. I remember I had just come from Finland from the University of Helsinki, where I did a master class in foreign reporting and communications the previous year. And I was on a serious job hunt in Windhoek. I applied for as many vacancies as possible at the time but fate had its way, and I ended up at the MICT.”

“My entry into the public service was a mysterious one. This made me believe in the saying that ‘when it’s your day, it’s your day’.”

“I was called for an interview. I didn’t qualify for the job, since I was coming straight from the university with little work experience. However, the late Wilma Deetlefs, the then director of media liaison, saw potential in me and recommended me for the position instead,” Mutambo said, recalling how he became a public servant.

His responsibilities include but are not limited to planning and marketing the Office of the Prime Minister’s programmes and activities; developing the communication strategies, as well as updating and maintaining the office website, including social media platforms.

He is also involved in planning and participation in annual trade fairs; designing and acquiring promotional materials for the office, and compiling annual reports, newsletters and other publications.

Moreover, he is tasked with official photography, editing and proofreading, as well as media liaison.

Talking about job satisfaction, Mutambo says his job offers a lot of flexibility and freedom.

“I have worked in a number of departments now since 2010 and I enjoy the leadership role that I play in my sphere of influence. And being a team member of the third-highest office in the country is in itself humbly satisfying. My job has, for years, made me share space with executive directors, ministers, commissioners, ambassadors and UN representatives. Although from a distance, this has helped me understand diplomacy,” he said.

He added that his role “is equally stimulating because of the many responsibilities and challenges that I get to tackle in the office. All these give me a sense of achievement at the end of the day. And of course, the money that it offers. Government remains the employer of choice – even in the midst of Covid-19 and the longest economic meltdown. It still delivered and safeguarded jobs”.

Mutambo is one of the few Chartered Public Relations Practitioners in Namibia.

This is a critical skill that is beneficial to the public service.

“They also need to be flexible enough to work independently, creative and committed to upgrade their knowledge for the benefits of public service delivery and national development. I believe I am one such person, and I bring that with me daily to work,” he said.

He has been a member of the Public Relations Institute of Southern Africa (PRISA) – Namibia since 2009, where he served as an executive board member from 2014-2016 and chairperson from 2016 to 2018.

Though he hates to blow his own horn, there are work-related accomplishments and initiatives he is proud to share.

“I am the founder of the first official quarterly newsletter of the Office of the Prime Minister, known as the Premier News – and I have played a major role in renaming and transforming the MICT update newsletter back in 2009. Also, as the former chairperson of the PRISA Namibia, my contribution to the public relations profession both in the private and in the public service to ensure some level of quality and professionalism will not go unnoticed. And perhaps, the Office of the Prime Minister was the first to have introduced the first interactive realistic flip e-newsletter due to my humble efforts,” he said about some of his memorable moments in the public service.

Being a veteran civil servant, Mutambo said he is troubled by the general misconception that paints public servants as unproductive and inefficient.

Defending the honour of civil servants, he stressed that “A blanket statement like that tarnishes the image of those who are productive and efficient. Recently, we had student interns who were amazed by the experience in the public service. One of them remarked: ‘I didn’t know that there are public servants who work throughout lunch and even after knock off-time’. This narrative is propagated by those who have never worked in the public service”.

Meanwhile, Mutambo is adding to his knowledge through a doctoral study in communication management and marketing with a university in the United States of America.