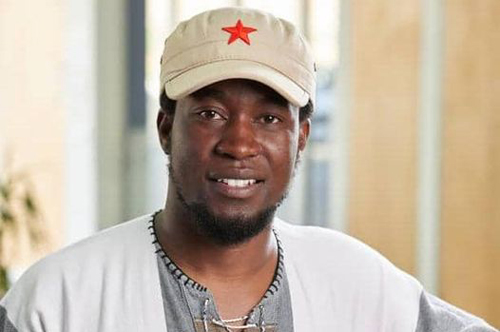 Rui Antonio Tyitende was born and grew up in Lüderitz. He came to Windhoek for studies and eventually secured a job in the city.
Like other disenchanted professionals, he spends time analysing current affairs and bemoaning the rent-seeking, incompetent and corrupt local and national elite.

Now and then, with other enterprising minds, he scouts for opportunities in newspapers and tries his luck as he did in November 2020 when the City of Windhoek advertised general residential plots, through the so-called public-private partnership, in Rocky Crest Extension 4.
Through his company, Efvrat Property Development, he tendered for Erf 1501.

He hit the jackpot; his company secured 5 558 square metres on which 15 houses can be built. The only reason why his company got this plots is because the amount he offered, N$6 411 800, was higher than Gryydot Investment CC that offered N$6 269 789.
The method followed by this capitalist arrangement is that those tendering must beat the determined “upset price” set at N$6 113 800. In short, land is alienated on a speculative basis.

On his part, Rui understands that he did nothing special. It was mere luck. This is how the city deals with the master means of production, land.
Ellison Tjirera, who holds a PhD in Urban Sociology from Wits University, is another professional in Windhoek.
While equally concerned about the elite failure to deal with the housing question, he is not as enterprising as Rui.

He, therefore, doesn’t participate in land gambling and speculative activities like Rui. A lecturer at Unam, he is imprisoned by class suicide to an extent that occupying land in the informal settlements to set up his shack is impossible as expecting Swapo to fight Fishrot. Becoming a rental slave is the only option.

He has been renting, for years.  He, however, hopes that a miracle happens for him and the other 30 000 residents on the city’s waiting list.
This list hardly moves. For example, from 2008 to 2015, the city only made 443 allocations to prospective purchases on the waiting list who registered between 2000 and 2004.

Simply put, for eight years, the city only attended to an average of 50 people per year from a list of 30 000 frustrated residents.
Beyond obtaining land through speculation and land occupation, there is an offshoot land acquisition path that works in the informal settlements where residents settled on road reserves and dangerous zones such as riverbeds.

Whenever a road would be expanded, these residents would be relocated and be given plots. As they get their plots, Ellison waits on the list year by year.

If it is an election year, and an unfortunate incident such as a fire or flood occurs in the informal settlements, city and central government politicians would flock to the scene and make pronouncements projecting to care.
Indeed, the victims will immediately get land. As politicians posture at the scene announcing the land offer, Ellison remains on the waiting list. The city’s absence in the actual servicing of land for the residents, leaving this task to the private sector, has had a devastating impact in land delivery.

Indeed, this introduction of third parties in land delivery left the residents at the mercy of individuals whose primary objective is not providing shelter but making profit.

Ellison’s situation is further exacerbated by the city’s cowardly retreat in land delivery in general and land servicing in particular.
One of the clear objectives of the progressive leadership that entered the city on 2 December 2020, following the November 2020 local authority elections, is their determination to meet the needs of the residents at the point of need.
They are driven by a humanistic urge of moving residents from point A to point B – point B being the better place.
This is the line of thought and perspective surrounding the decision taken by the city council at its first ordinary meeting on 15 February 2021 to pre-allocate land to the residents.

Pre-allocation of land is a town planning activity that is characterized by an initial allocation of land based on the proposed layout plan approved by council and obtained environment clearance with most of the statutory planning process completed or near completion.
Instead of waiting for the actual servicing of land, the city takes its frustrated residents on its list into its confidence informing them that they are allocated a particular plot, in a proposed locality and the municipality is busy with finalisation of the township.
Not only does it bring joys and a peace of mind to thousands of the homeless and despondent residents, it also assists the residents with planning and preparations.

At present, the city’s in-house town planning exercises have released a total of 3 035 residential plots. Over the next three years, council targets to pre-allocate 5 000 plots. Because of the challenges characterising the informal settlements and the city’s resolve to intervene through town planning interventions, the principle of pre-allocation will also occur in the occupied/unplanned areas, referred to as the brownfields, as part of the formalisation and upgrading of informal settlements.

The city is concerned with the integrity of our waiting list and its vulnerability to manipulation. For that reason, the council resolved that before pre-allocation for the Greenfields (unoccupied planned land) occurs, the waiting list needs to be cleaned-up.
Council specifically directed that the list be consolidated, checked with the deeds office and digitised and thereafter be submitted to council for official adoption and approval.

The end result is for the approved list to be uploaded on the city’s website for easy access by the public.
We are confident that pre-allocation, although being an unchartered territory for Windhoek, will usher in an era of hope and a realistic path towards home ownership for thousands of the city’s residents frustrated on our list.

After 15 February 2021, land acquisition methods in Windhoek will no longer be dominated by a capitalist gambling/tendering/speculative method, illegal land occupation or the post-disaster land allocation by posturing politicians.

We introduce to you, and we hope you will assist, pre-allocation of land as part of the New Windhoek in which we seek to meet the needs of our residents at the point of need. As Thomas Sankara advises us from ancestry, to bring about change we must have “the courage to turn your back on the old formulas, the courage to invent the future… we must dare to invent the future.”

*Dr Job Shipululo Amupanda is a Mayor of Windhoek and holds a PhD in Political Studies from the University of Namibia. Email: Job.Amupanda@windhoekcc.org.na

Sand mining going for a song