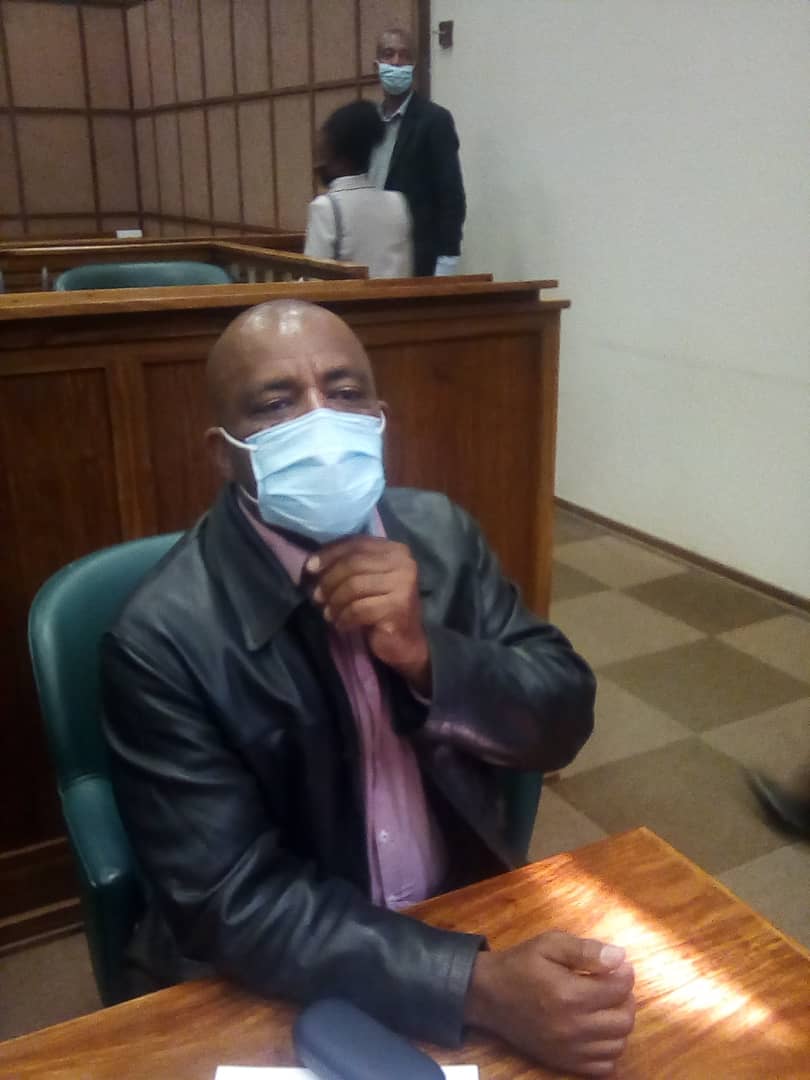 A man, accused of murdering renowned stock theft investigator Hiambepo ‘Major’ Kazeurua, was dealt a major blow in the Windhoek High Court when his lawyer James Diedericks withdrew his services during an application in which the accused wants Judge Alfred Siboleka to recuse himself from his court case.

The application to force Siboleka to recuse himself from the trial was rejected and struck from the court roll for “abuse of the process”.

The 44-year-old Stockley 'Mbaruu' Kauejao also suffered a blow after his initial lawyer Sylsken Makando also indicated his desire to withdraw from the main trial over non-payment.

Kazeurua disputed this and told the judge that he paid Diedericks in full.

However, because of a policy by Diedericks that he had to pay within seven days of receiving the invoice, he was late with his payments, as he was accustomed to the policy of Makando that payment should be made within 28 days.

He further said he owes Makando a “little bit of money” and has been paying his account with Makando religiously since the inception of his trial.

He further pleaded with the judge to give him time to find another lawyer to move his application for the judge’s recusal, but hard as nails Siboleka refused and struck the application from the roll.

He further declined Kauejao a postponement to find a new lawyer in Makando’s place and told him in no uncertain terms that come 26 July – the day the trial is to resume for the defence case – the trial will continue whether or not Kauejao has a legal representative.

The matter has since suffered several delays, including applications for bail by two of the accused still in custody and appeals after bail was refused.

Siboleka also retired as a sitting judge of the High Court and is now an acting judge while he finalises his remaining cases.

Kauejao and his co-accused Matheu Kakururume (33), Muvare Kaporo (29) and Afas Kamutjemo (42) all pleaded not guilty to charges of murder, stock theft and defeating or attempting to defeat or obstruct the course of justice at the start of their trial.

They put the onus of proof on the State for every allegation against them.

According to the indictment, the accused conspired to kill Kazeurua to prevent him from tracing cattle they had stolen, and Kaporo and Kakururume ambushed him and killed him by strangling him and throwing sand in his mouth to prevent him from breathing.

This event allegedly happened on 28 December 2012.

The partly burned body of Kazeurua was found in an Aardvark burrow on 7 January 2013, after being reported missing days earlier.

Mbanga Siyomunji is representing Kakururume, while Kaporo is still without legal representation after he fired his previous lawyer Monty Karuaihe.

Kamutjemo is represented by Jan Wessels.