Letters: The importance of communal fences 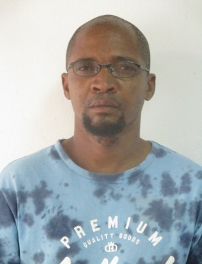 A fence is described and or defined by various sources, including the Oxford dictionary as well as the Google search engine as a structure that encloses an area – typically outdoors, and it is usually constructed from posts that are connected by boards, wire, rails or netting.

Within this variety of descriptions/definitions given, there is one common wording, “a structure that encloses an area”.

When talking about communal fences, one must always highlight the importance of such fences from a social-economic and livelihood point of view.

The issue regarding communal fencing has not received the required attention from stakeholders over the years.

Although national regulatory and policy documents such as the communal land reform act (Act No2 of 2002) deals with fencing on communal land (existing and new fences), the finer and inner details of communal fences are yet to be detailed.

The only time you hear about communal fencing and/or its issues is when there are fencing disputes on such land.

Having a fence around your property gives a sense of protection and, at times, privacy.

A fence, from an agricultural point of view, enables farmers (producers) to have control over livestock and crops, thus making fencing a very important factor of production, hence the continuous upgrading and maintenance of fences on commercial and – to some extend – some resettlement farms.

Communal farmers, despite the unavailability of fences over the decades, have been contributing significantly to Namibia’s Gross Domestic Product (GDP).

It is a well-known standing fact that not everyone will be resettled – and that the majority of previously disadvantaged citizens (if not all) will not afford to buy a private farm.

Yet, these people are capable and aspiring farmers, who are ready and willing to venture into agriculture on communal land.

However, the unavailability of fences makes it extremely difficult for farmers, especially livestock breeders, to have proper control over their livestock.

Women, pensioners (the old aged) and those living with disabilities are even more affected, since they are at a much higher risk of not having control over their animals and/or crops.

If existing fences (before the enactment of the 2002 communal land reform Act) can be upgraded, communal farmers will be able to add more value to their produce.

The potential communal farming areas in Namibia has to offer must be explored to the fullest, already knowing that such potential exists.

The call is for all role-players and stakeholders, including Traditional Authorities (TAs), communal farmer representatives (bodies) and development partners like GIZ and the European Union, under the Program for Communal Land Development (PCLD), to come on board and realise the importance of communal fences.

* Alvenus F. Dreyer is a social and economic justice proponent, born and bred in Namibia.