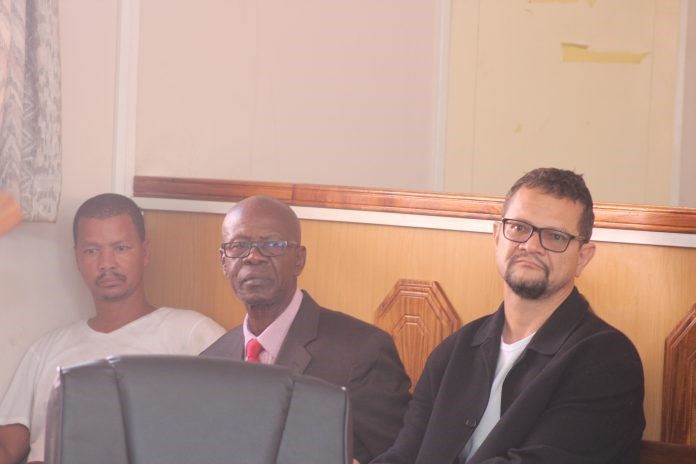 Lay litigant August Maletzky, who is accused of fraud, corruption, forgery and conspiracy to commit fraud and corruption and money laundering, is still without legal representation.

He stands accused in the matter together with his former employee Simon Afrikaner (42) and local defence attorney Titus Mbaeva (62).

Maletzky, in the absence of Mbaeva who is allegedly unwell, made a second pre-trial appearance in the Windhoek High Court last week before Judge Christie Liebenberg.

Maletzky (48) informed the judge that he applied for a legal aid lawyer and was told by the Directorate of Legal Aid that they are in the process of appointing a lawyer for him.

All charges emanate from the dubious sale of a house worth N$2.5 million in Windhoek West on 6 July 2017. The prosecution alleges that Maletzky defrauded the owners of the house by pretending that he wanted to lease the property. The prosecution further notes that Maletzky instead sold the house to a third party by means of false pretence and without the knowledge of Samuel Visconde Dias, the owner of the house.

Court documents indicate that Maletzky used a fraudulent power of attorney in which the property owners supposedly authorised him to sell the house. It is alleged that the power of attorney was prepared by Mbaeva and Afrikaner.

With regards to the charge of fraud, it is alleged by the state that the accused in concert and with common purpose wrongfully, unlawfully, falsely and with intent to defraud, misrepresented to the Registrar of Deeds and Masiza Law Chambers that Dias and his wife, Isobel, nominated, constituted and appointed Maletzky with the power of substitution to be their lawful agent/representative to sell and sign all transfer documents and give effect to the transfer of Erf 3733 at the price of N$2.5 million. Furthermore, that the special power of attorney notarised by Mbaeva is authentic and duly signed by Dias.

With regards to the count of corruption, it is charged that they corruptly and with common purpose gave to Masiza Law Chambers a special power of attorney dated 6 July 2017 while knowing it is false and contained defective material.

The charge of forgery is in relation to Maletzky only on allegations that he forged the signatures of Dias and his wife.

With regards to the charge of conspiring to commit fraud and corruption, it is alleged that the accused in concert and common purpose conspired to commit fraud.

With regards to the charge of money laundering, it is alleged that they are guilty in that they between 6 July and December 2017 acted jointly and with common purpose wrongfully, unlawfully and knowingly acquired a property, which they knew or ought reasonably to have known that it forms part of the proceeds of unlawful activities.

Mbaeva will be represented by Kalundu Kamwi and Afrikaner by Trevor Brockerhoff.