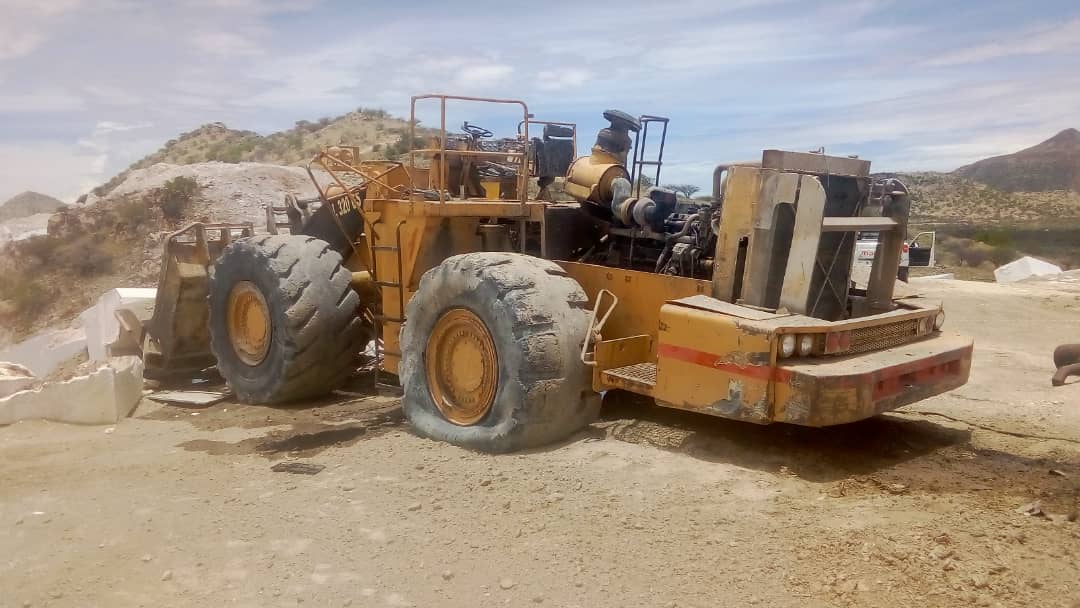 A 57-year-old man died on a farm in the Karibib district following an accident at a local mine site involving a front-end loader on Monday this week.
Another man survived with minor injuries.

The accident happened at the Fame Stone Distributors mine site, located at farm Okatji Mukuyu. The victim was identified as Alfeus Heingo.
According to the crime investigations coordinator for the police in Erongo, Deputy Commissioner Erastus Iikuyu, Heingo died when his colleague, who was driving a front-end loader, lost control over the machine on top of a mountainous terrain, where marble blocks are being mined and processed.

“Both occupants were thrown out of the front-end loader as it was rolling down the mountain to the levelled area on the ground,” Iikuyu said yesterday.

As a result, Iikuyu said, Heingo sustained serious injuries and died on the spot. The driver escaped with minor injuries.
The driver was treated yesterday at a private medical facility in Omaruru and is already discharged.
The next of kin of the victim have been informed and the police is currently investigating a case of culpable homicide.
- edeklerk@nepc.com.na