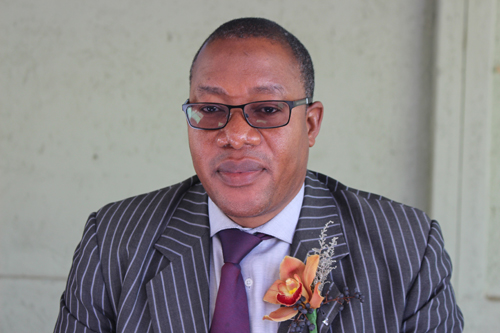 ONGWEDIVA – The health ministry said it was prepared to offer a dignified burial for the stillborn baby, who was buried in a box at Oshikuku last week.

The incident sparked outrage and condemnation after video footage started circulating on social media, showing her mother and uncle carrying the stillborn foetus in a box before burial. Witnesses claim the body was allegedly handed over to the mother in a box for her to bury.
Health ministry executive director Ben Nangombe said the stillborn baby was delivered at the Oshikuku Catholic Hospital on 31 December 2020.

Before the mother was discharged, due processes of handing of human remains were allegedly explained to her.  However, the mother, who is an Angolan national, and the brother, returned to claim the body on 3 January 2021 without a coffin as was requested by the hospital, citing they could not afford one.

The two are alleged to have requested for a box to bury the baby.
Nangombe said handing out human remains in a carton box is at variance with the established practice of the ministry and the legal requirements for proper handling of human remains.

Procedurally, according to Nangombe, in an event where a family is unable to conduct a funeral, provision is made to conduct pauper burial.
“The ministry is willing, in consultation with the family, and provided the necessary order is granted by court as is required, to exhume the recently buried body of the stillborn foetus and provide a dignified re-burial for the baby, affirming the sanctity of human life and government’s commitment to assist the most vulnerable members of our society,” said Nangombe.

Nangombe, on the recording of the video, said it appears the videographer had an intention to spread malicious information about the work of the hospital and the ministry in general.

The executive director urged the public to refrain from circulating unverified information, disseminated through social media.
“Similarly, media institutions are urged to verify the veracity of information before publishing or broadcasting such on their channels and social media platforms,” urged Nangombe.

In the same vein, he urged the public to assist in tracing the person who recorded and narrated the video of the unfolding event at the Oshikuku Catholic Hospital cemetery.
“This required to fully investigate the incident, so as to determine the full details of what exactly happened,” pleaded Nangombe.
- nashipala@nepc.com.na