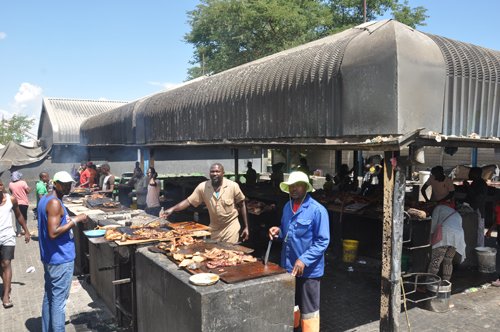 ONGWEDIVA - The lifting of the ban on the transportation, slaughtering and selling of goats and sheep has been received with mixed feelings by northern meat traders.

While some are happy that they can finally resume business, others say there is not much profit in the small livestock.
Tabzz Itembu, who sells mutton and beef kapana, said purchasing goats was expensive and there is no profit.
“Goats can cost up to N$1 500 and one can end up generating N$1 700, but we keep selling because we want to remain in the business,” said Itembu.

He said the recent adjustments do not make much impact on the business.
“Customers are complaining that meat is expensive, the only time there is business is during weekends. Money is in the bigger livestock, the cattle whose ban has not been lifted,” said Itembu.

The ban on livestock will only be lifted on 6 March 2021 when the three months quarantine period lapses and there are no new cases detected, agriculture minister Calle Schlettwein announced during a familiarisation visit to the north last week.
One of the farmers New Era also interviewed earlier following the ban on transportation and slaughtering of livestock, Izata Nganga said he was ecstatic to hear the news.

“I drove around, and many people have already resumed their kapana business.  Finally, it is time to get our businesses going again,” said Nganga.
The kapana vendors have been out of business for over a month after the foot-and-mouth disease (FMD) was declared an outbreak on 6 January 2021 after cattle with FMD were detected in Oshikoto.

Schlettwein during the meetings announced that the ministry through its tracking system observed that the concerned cattle in Oshikoto were allegedly smuggled into the area.
The minister thus pleaded to farmers and the community to desist from such behaviour in order to contain the virus. –nashipala@nepc.com.na