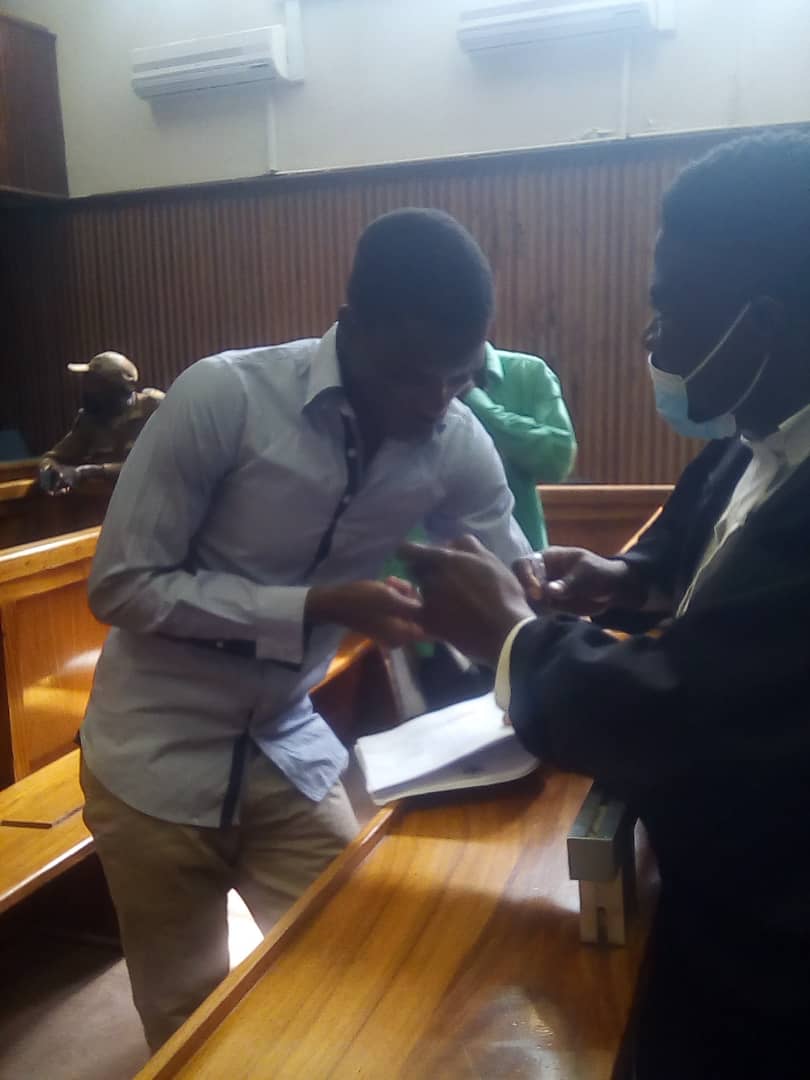 One of the men, accused of the brutal murder of an elderly Swakopmund woman and her husband in 2017, is disputing a warning statement he made to the police shortly after his arrest.

Simon Shidute Jerobeam (27) claims his rights to legal representation, and his right to remain silent and not incriminate himself were not explained to him – and that he was unduly influenced by the presence of other police officers when he was questioned by inspector Rafael Litota on 3 August 2017.

According to him, he was collected from the holding cells at Swakopmund by an officer, called Uushona, and taken to the office of Litota. In the office, he said, was Litota, warrant officer Johan Geiseb, inspector Loide Uushona, sergeant Immanuel Nghitumu plus an Oshiwambo interpreter.

He further said that Litota introduced himself and asked for his name and identity document – and he informed Litota he did not possess an ID. Litota then informed him he is facing charges of housebreaking, robbery and two counts of murder. According to Jerobeam, he did not understand what was going on and asked for clarity but Litota just started asking him questions while reading from a document.

He further told the court that none of his rights were explained to him and his questions were just ignored.

He further said that nothing was read back to him and that Litota only asked him if he has a lawyer – to which he said he did not. Litota then asked him to tell him what exactly happened, but he did not say anything and that Geiseb then said if he is not willing to talk, he would make things difficult for himself.

He further said that it made him “frightened when he heard those words, as everybody knows that the police will beat you”.

He, however, denied he gave any statement and said that after Litota finished with the paper from which he was reading, he was given the paper to sign, which he did.

State advocate Marthino Olivier in cross examination wanted to know from Jerobeam why he did not question the admissibility of the warning statement in his answers to the State’s plea-trial memorandum, to which he answered it was just a mistake or oversight on his part.

Windhoek High Court judge Christie Liebenberg, who is presiding over the trial, also had a few choice questions for Jerobeam. The judge wanted to know from him how, if he claims he cannot read or write, he managed to reach Grade 7 or sign his name.

He also wanted to know why, if he felt threatened by the presence of the other police officers and the words of Geiseb, he did not make any statement.

Jerobeam did not have answers to the judge’s questions.

It is alleged by the State that they murdered and robbed 81-year-old Siegfried and 79-year-old Sieglinde Strzelecki during the morning of 2 August 2017.

It is further alleged by the State that they broke into the house with the aim to rob the elderly couple and in the process killed Sieglinde by strangulation and caused Siegfried to die eight days later in a frail care home.

The trial continues tomorrow and the accused remain in custody at the section for trial awaiting inmates at the Windhoek Correctional Facility.

Jerobeam is represented by legal aid lawyer Tuna Nhinda and Lazarus by Milton Engelbrecht on instructions from legal aid.