Home / Mutenda overcomes challenges as a woman in mining

Mutenda overcomes challenges as a woman in mining 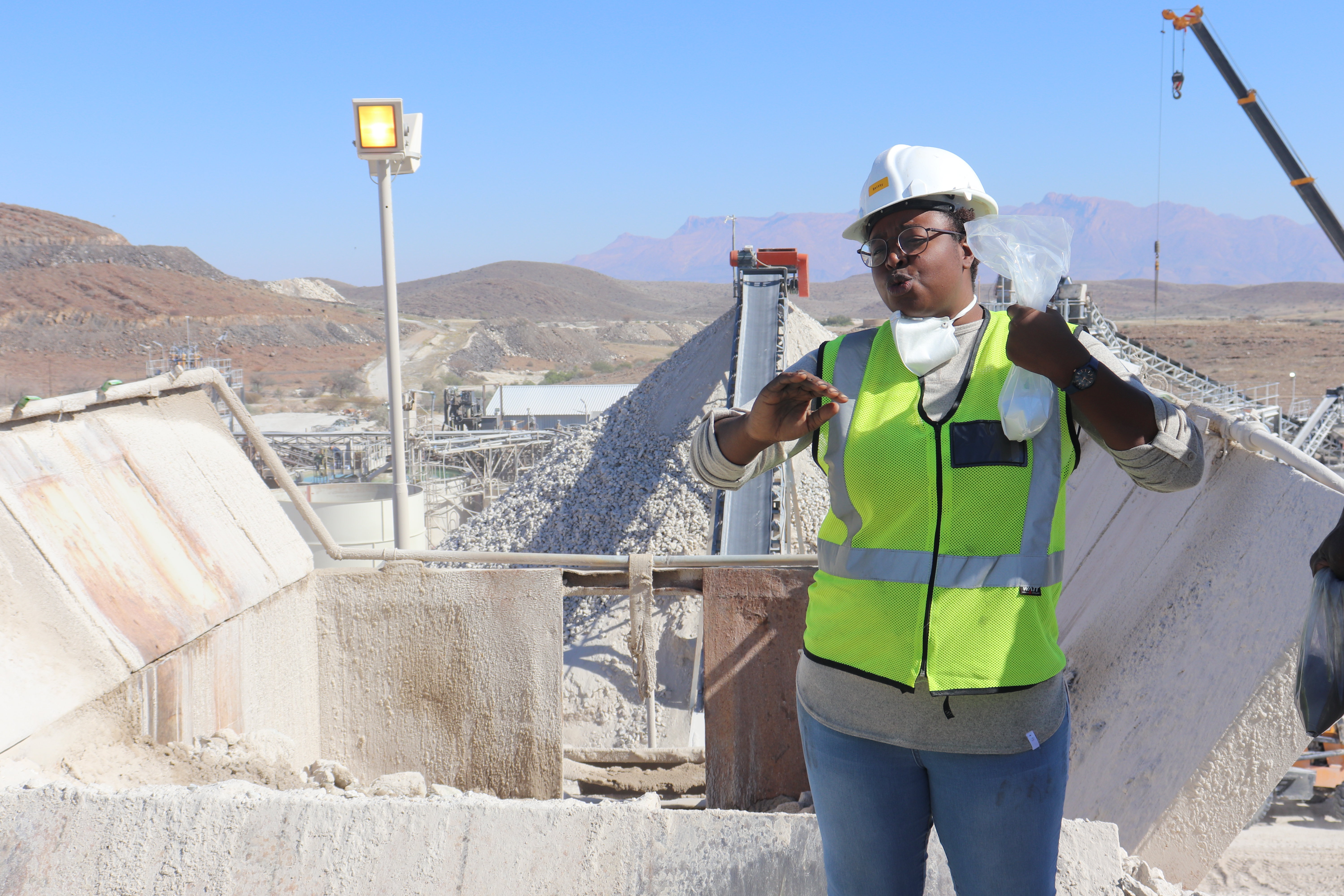 In what seems to be quite a challenging environment for female counterparts, and a sphere of work traditionally dominated by men, there seems to be a positive shift in attitude with regards to women in mining lately. Emitty Mutenda, a processing manager at Uis Tin mine, is taking full advantage of the shift in perceptions.

Mutenda is responsible for managing the operations division of the Uis Tin mine, which includes the cost-effective production of quality tin concentrate. Speaking to New Era, she said she feels like she has to work twice as hard, compared to her male colleagues, to be deemed competent and skilful.

She noted that mining is not like a normal, everyday job because it involves patience and the drive to deal with the day-to-day challenges. She added that she enjoys the field because of the different challenges one faces on a daily basis.

“The problem encountered and fixed yesterday is not the problem today – and with that, one gets to grow intellectually and build character.”

“I appreciate the obstacles or barriers because they have groomed me into the person I am today. I appreciate challenges, rather than fearing them, and that mindset shift earlier in my career has made me resilient,” she noted.

According to Mutenda, women in mining have become more influential in the main key performance areas of mines and have proven to achieve success in the mining industry over the years. This shows that performance is not gender-based and being a woman should not be a limitation.

Mutenda encouraged young women from school or universities starting out their careers to be open-minded to learning.

“The school and mining environment are totally different. A graduate must strive to gain practical knowledge, be humble and always be willing to learn from everyone,” Mutenda advised.

She has been in her current this position for six months now, after being promoted from process engineer.  Mutenda previously worked as a metallurgist at NAMDEB, before going to Uis in 2019 as a process engineer, where she was initially part of the commissioning team of the plant. She added that she enjoys it even more now because of the responsibilities she now has and being one of the driving forces behind overall mine performance.

“I am responsible for managing quite a big team, and it requires balancing work with my private life. I am quite flexible because of the work structure. I have a team of skilled supervisors, qualified engineers and scientists who manage their areas of expertise within the department,” stated Mutenda.

She also defined her role models in the industry: “I have role models whom I look up to; some have started from being plant assistants to mine managers.

These people are mentors, who have provided guidance and support throughout my career”. During her free time, Mutenda plays netball; loves reading books and travelling.  She is working on attaining her Technical Master’s degree and Masters in Business Administration (MBA).  - mndjavera@nepc.com.na