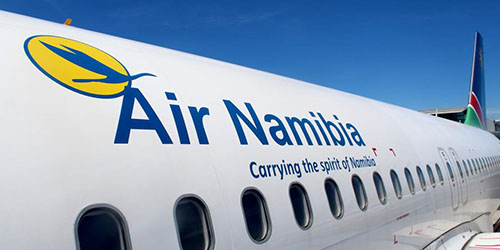 A relatively new South African airline in its formative stages, BDS Airways, has through a local firm, made an offer of N$3.2 billion to buy the now defucnt Air Namibia.

Air Namibia is in the process of being liquidated after government, as the sole shareholder, pulled the plug in March last year after it emerged that the airline accumulated about N$3.5 billion in debt as well as government guaranteed debt of N$2.58 billion.

When government announced the liquidation last year, it stated it could no longer sustain Air Namibia and, therefore, it would be impossible for the airline to trade out of insolvency.  The obsolete national airline’s debt comprises N$2.3 billion owed to trade creditors and N$693 million in unpaid taxes.

A leaked letter from local law firm MKK Incorporated, addressed to Air Namibia’s liquidators Bruni & McLaren, stated: “Based on assessment of the information provided as at 14 October 2021, our client is in a position to make an offer to of (sic) N$3.2 billion, of which N$1.5 billion will be made immediately available for various disbursements to creditors on your specific instance and instructions”.

Upon enquiry at MKK Incorporated, the author of the letter, Gilroy Kasper, confirmed the authenticity of the correspondence with the liquidators and as such also confirmed the offer by BDS Airways to purchase Air Namibia.

“Our clients further extend their gratitude for the time and energy you have put herein so far and the information conveyed herein this far - in particular your response of 14 October,” the letter states, signifying that correspondence between the law firm and the liquidators was at an advanced stage.

BDS Airways has been described as an emerging black-owned consumer airline that originated as a multi-disciplinary logistics and trade finance company, offering high-quality and professional freight solutions.

The company was founded in 2018 by Sabelo Williams.

Aviation experts label BDS Airways as gearing up to take advantage of a specific gap in the regional short-haul travel market.

“The gap in the availability of low-cost service in and out of the Johannesburg hub, coupled with the demand for passenger travel on selected routes from Johannesburg, indicates that a new entrant airline could be expected to capture a significant portion of current air travel business at that hub. These sales levels will produce respectable net profit in the first operational year and exponential growth in flight-year two. Profits in year one will be a modest percent of sales and will improve steadily with the economies gained in year two,” reads an aviation profile of the young airline.

According to a report on 4 August 2021 by Bruni and McLaren, Air Namibia still owed N$105.5 million in unpaid severance packages to former employees.

Bank loans afforded to the collapsed airline totalled over N$408 million, while its assets have been valued at N$1.1 billion.

Attempts to reach liquidators Bruni and McLaren proved futile at the time of going to press.