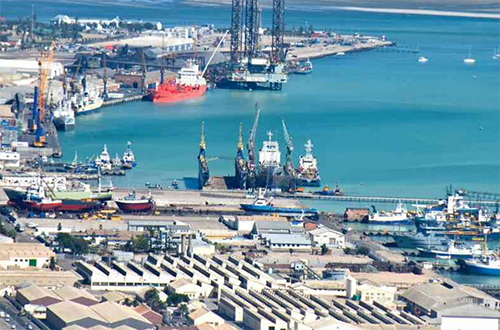 Namport reached quite a significant milestone when on 1 June this year, it recorded one million hours of no lost time injury. Lost time injury is described as serious incidents within a given accounting period, relative to the total number of hours worked.

A statement, issued by the port, noted that despite facing the current challenges presented by the pandemic, Namport continues to adhere to all health protocols whilst still ensuring the effectiveness and safety of its workforce.

“The last time the entity reported an injury at work was on 14 February 2021; since then, we have not recorded any loss time injuries. This outstanding performance is directly linked to the collective continued commitment to safety and adhering to workplace procedures and policies displayed by the Namport workforce,” read the statement from Elias Mwenyo, NamPort’s acting executive for commercial services.

Mwenyo noted that improved safety performance for Namport equally means an improved internal work environment for port users, as they are directly affected by improved safety behaviour inside the port.

“With fewer injuries, productivity levels are expected to improve for the port users... Safety is everyone’s responsibility. Let us join hands and ensure we remain injury-free for the remainder of the year,” read Mwenyo’s statement.