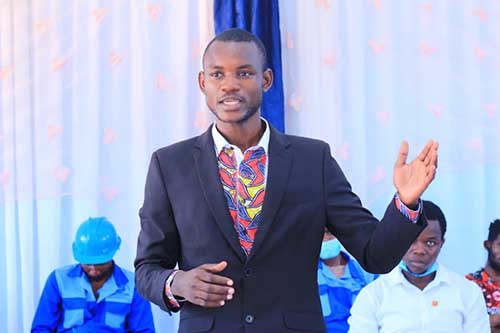 RUNDU – The National African Students Association (NASA) wants government to fund all students at whatever accredited institution they may have been enrolled.

The students organisation said there are many prospective students studying at approved institutions, but they are not funded by government through NSFAF. These students have also accumulated a lot of historical debt that has led to many being denied access to education.

“As a result, it affects these students psychologically, and even leads to suicide. The question remains, why do we still have thousands of students not funded by NSFAF, despite them being registered at an accredited institution and enrolled in an accredited course?” asked NASA vice president Paulus Vihemba at Rundu recently.

“In an attempt to answer the above question, we launched a campaign called ‘Equal Student Funding for All’, which aims to make an aoristic study in identifying the factors that lead to many students being self-funded, and push for reforms to address the factors,” he noted.

The aim of the campaign is to introduce national discussions and engagements through consultative meetings on the inclusivity of student funding, and mobilise students, students’ representatives and the citizenry towards the realisation of inclusive funding.

“As an association which takes the struggle for inclusive student funding seriously, we have taken time to identify some of the factors which led to many students being self-funded, and through this campaign, our association provides mitigations,” he added.

According to Vihemba, NASA has found that many students are self-funded because either they don’t apply or finish their NSFAF application due to a lack of knowledge about the fund and the application; or the fact that NSFAF centralised its regional offices to Windhoek, which makes it difficult for these students to manoeuvre such challenges.

“To respond to the above factors, NASA is resolute to install a national NSFAF application assistance centre, and we have recruited and trained volunteers in six regions to assist students to apply online, namely Kavango East and West, Zambezi, Erongo, Oshana and Khomas,” he stated.

However, the student leader said the above mitigation is temporary. The lasting solution would thus be for NSFAF to re-establish regional offices in key regions which have universities.

“The NSFAF secretariat misinterprets its own funding criteria policy. For example, an exclusion for the funding of private institutions’ students entering through the mature age entry, and the refusal to fund certificate graduates articulating to diplomas, and diploma graduates seeking to articulate to a bachelor’s degree.”

The association, through their campaign, is organising a consultative forum with SRC/TRC between April-May to review and identify the flaws of the current 2019 students’ assistance fund and debt recovery policy. They will also engage NSFAF and the ministry of higher education on the recommendations from the consultative forums.