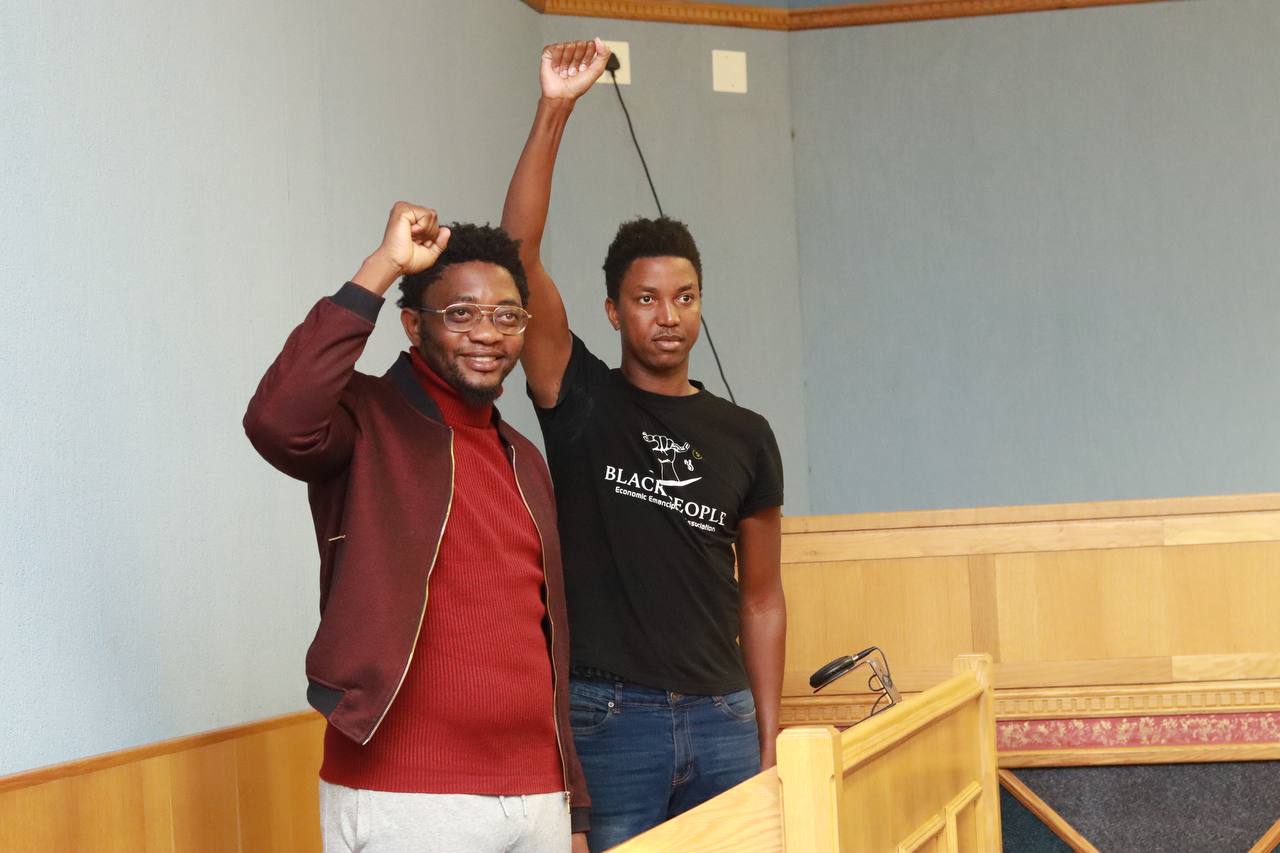 Judges of the High Court are currently deliberating whether or not the lower court erred in its decision not to release activists Dimbulukeni Nauyoma and Michael Amushelelo on bail.

The duo launched an appeal with the High Court after they were refused bail by magistrate Masule Kwizi on 24 May.

They claim Kwizi erred in his judgment when he concluded there is a risk of them committing further offences once released on bail, pending the finalisation of their case. They also argue the magistrate’s conclusion that there are no stringent bail conditions that will guarantee that Nauyoma and Amushelelo will not commit further offences, is wrong.

The activists have been in police custody since their arrest on 13 May, following their protest at Windhoek’s Chinatown.

They are facing charges of public violence and incitement to commit an offence.

The prosecution is alleging they caused public violence when they staged a protest against Chinese business owners, who they claim, are being allowed to sell counterfeit goods.

The protests followed a revelation that the Namibia Revenue Agency (NamRA) destroyed counterfeit goods worth N$5 million imported from China.

The goods were perceived to belong to locals.

On Friday, Amushelelo’s lawyer Nambili Mhata said his client is being discriminated against compared to his co-accused who face the same charges but were rather released on bail.

“The fact that the accused persons facing the same charges and allegations in this matter were treated differently, was not fair to both the appellants (Amushelelo and Dimbulukeni),” argued Mhata.

He added the magistrate failed to conduct a proper bail inquiry despite Amushelelo having offered the court leeway to impose any form of stringent bail conditions against him.

Nauyoma’s lawyer, Kadhila Amoomo said the lower court could have imposed stringent conditions instead of refusing to grant bail.

Thus, the court should grant Nauyoma bail in the amount of N$2 000 with reporting conditions, he submitted.

However, the State is adamant the appeal should be dismissed. According to state prosecutor Basson Lilungwe, the lower court was not privy to the reasons why the police decided to release six of the accused on warning and opposed the bail of Amushelelo and Nauyoma. He further stated the court only considers the evidence present before it before making a ruling.

He added it is undisputed that both Nauyoma and Amushelelo were on bail in separate cases before their arrest.

“It is our submissions that both applicants have displayed conduct which shows a disregard for the law when they committed these offences, therefore, it is certainly not in the interest of society that they are granted bail,” said Lilungwe.

Judges Christie Liebenberg and Dinah Usiku will give their decision on 22 August. Nauyoma and Amushelelo remain in custody.