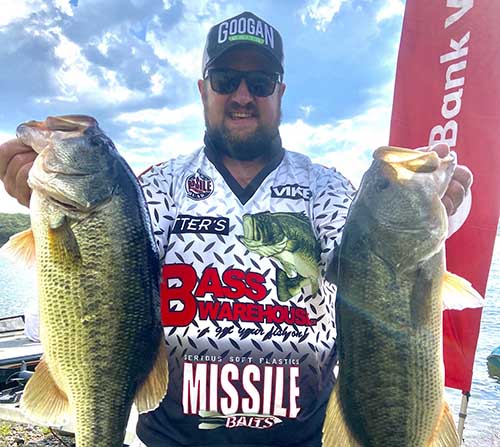 The participating anglers weighed in 48 fish with an average weight of 0.796kg during the two-day tournament.

On Saturday, 20 seniors, three juniors, and one female angler participated in the first tournament. They were eager to find the elusive five largemouth bass that every angler strives to catch.

The day turned out to be a tough one for most anglers. Bass under 300mm were caught a dozen at Von Bach by most anglers. There were also reports of dozens of African sharp tooth catfish caught, but the elusive 300mm bass were scarce.

Richard Grant was the only angler who managed to catch five bass over 300mm. James van Rooyen saw four legal bass for the day, and took the gold medal. Grant won the silver medal, and Neels van Tonder claimed bronze at the end of the day.  As a lone participant, Madri Opperman claimed the gold medal in the female category. Amongst the juniors, Bian Coertzen caught a limit of five fish. Aje Engelbrecht claimed the silver medal.

There was buzz in the air on Sunday as anglers hoped the rain would get the fish on the bite. The second day of the tournament turned out to be more challenging than expected, with no angler managing to catch their limit of five.

Johan Coetzee managed to find some bigger fish and took home the gold medal for the day. Van Rooyen managed to scratch out four keepers to take home silver, with Max Pieper close behind taking the bronze.

Opperman took gold amongst the ladies, while no juniors caught anything. Coetzee caught the biggest bass of the day, weighing 2.399kg.

“Congratulations to all the competitors. We look forward to an action-packed year. Thank you to Bank Windhoek for being the primary sponsor,” said NBAA’s public relations officer, Richard Grant.

Next on the bass angling calendar is the Bass Nations Qualifiers taking place from Friday, 11 March to Sunday, 13 March 2022.