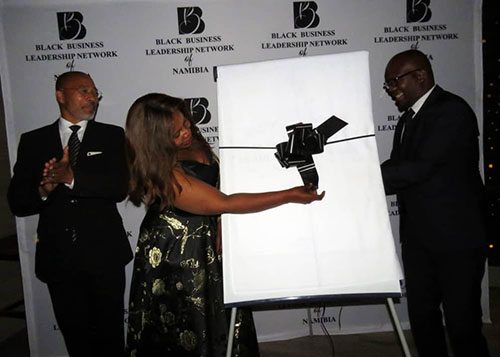 Close to 50 emerging and existing entrepreneurs from various sectors gathered in Windhoek this past weekend to launch the Black Business Leadership Network of Namibia. The network was initially founded on 20 December 2019 in Usakos by entrepreneurs and business people who were not only worried about their businesses and livelihoods, but more also about the country’s economy. Chairperson of the network Eliphas Simon said they seek to realign it with good governance and also make sure that the government lives up to its mandate in advancing previously disadvantaged black businesses. “The network seeks to address the inequality in all business sectors when it comes to rules and regulations that seem to exclude the previously disadvantaged people and their business interests,” noted Simon. He extended open invitations to any other businessperson, with interest to join the economic fight, which seeks to address and redress issues and bottlenecks affecting the key role players. “The economic-enslavement of the black Namibian was systematically designed to keep, mostly the black Namibians chained to debt, that leads to disease, illness and deaths. We say no more to illnesses, deaths, depressions, and home-wrecks, caused and contributed by economic situations,” said renowned businesswoman Twapewa Kadhikwa.

President of the network Irene Simeon-Kurtz said most of the banking laws and policies, are stemming from the pre-independence era. “Seemingly none of the commercial banks has called for policy review, nor for favourable relieves for both the consumers as well as clients. Interestingly, there has been no banking charter since the dawn of Namibia’s political independence,” noted Simeon-Kurtz. She added it is no secret that even former lawmakers and mostly black leaders, are affected by some of those policies, and feel the brutality of the banking institutions, once they retire.

The network has promised to be the voice and instrument that stands and aims to encourage meaningful participation of black Namibians in economic affairs as well as tackle misconceptions and stereotypes affecting the advancement of black businesspeople.