Home / New kid on the block

New kid on the block 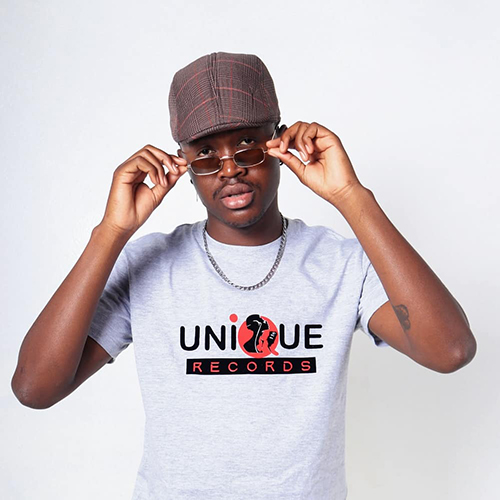 Trending singer Fernando Rube, popularly known as Bankx, recently released a single titled ‘Muharwa’, which is a fitting introduction to the music scene as a solo artist. The upcoming Afro-pop singer has joined a number of budding artists trying to make waves on the music scene.

VIBEZ! had a brief chat with the 25-year-old singer on how he’s paving his career path in the competitive industry. “Although I started doing music way back after completing high school, I officially debuted my solo music career this year hoping to make a name for myself locally and internationally,” said the Rundu-born singer.

Bankx added that he always believed he is musically gifted, as he reminisces on the good old days when he would perform at popular events around his hometown. Having been a part of a music group, Self Made, Bankx said he is thrilled to take on the challenge of going solo and see what the future holds for him. “So far, I have two hit songs: ‘Karere Woge’ and ‘Muharwa’, so I believe it’s quite an interesting and exciting journey I am currently on, and I can’t wait for my fans to see what’s in store for them,” he said candidly.

Bankx and his group members performed at various events, be it a big or small event that were happening around Rundu until 2020 when he opted to go solo and focus on making it in the Afro-pop genre. He released his first single titled ‘Karere Woge’, which was accompanied by splendid visuals. On this track, Bankx featured M-GEE, an emerging local music artist.

The song went viral on all social media platforms, especially on YouTube, as it hit more than 80 000 YouTube views in less than four months. He said his music is mostly educational, which makes it easier for many people to relate to. ‘’As much as people should dance to music, I believe music should teach or educate the nation one way or another, and that is the motive behind my music,” he added.

Earlier this year, Bankx got signed under a new record label Unique Records, owned by budding music producer Ally the Mini KING. Bankx also revealed that the record label is still new, and says he was fortunate enough to be the first artist to be signed. Ally the Mini KING, who is his manager, concurred with Bankx’s sentiments when asked to share his thoughts regarding them teaming up.

“We are going to work at our level- best to improve both the label and the artist to the best of our ability,” he said. Asked what’s in the pipeline, Bankx announced that he is working on his first album, set to be released late this year. “On this album, I will feature various local artists such as TKBs, M-Gee, Tatty Swearich, Sheka Sean and M.I.G, to mention out a few. All fans should be on the lookout as the release date will be announced soon,” he said.