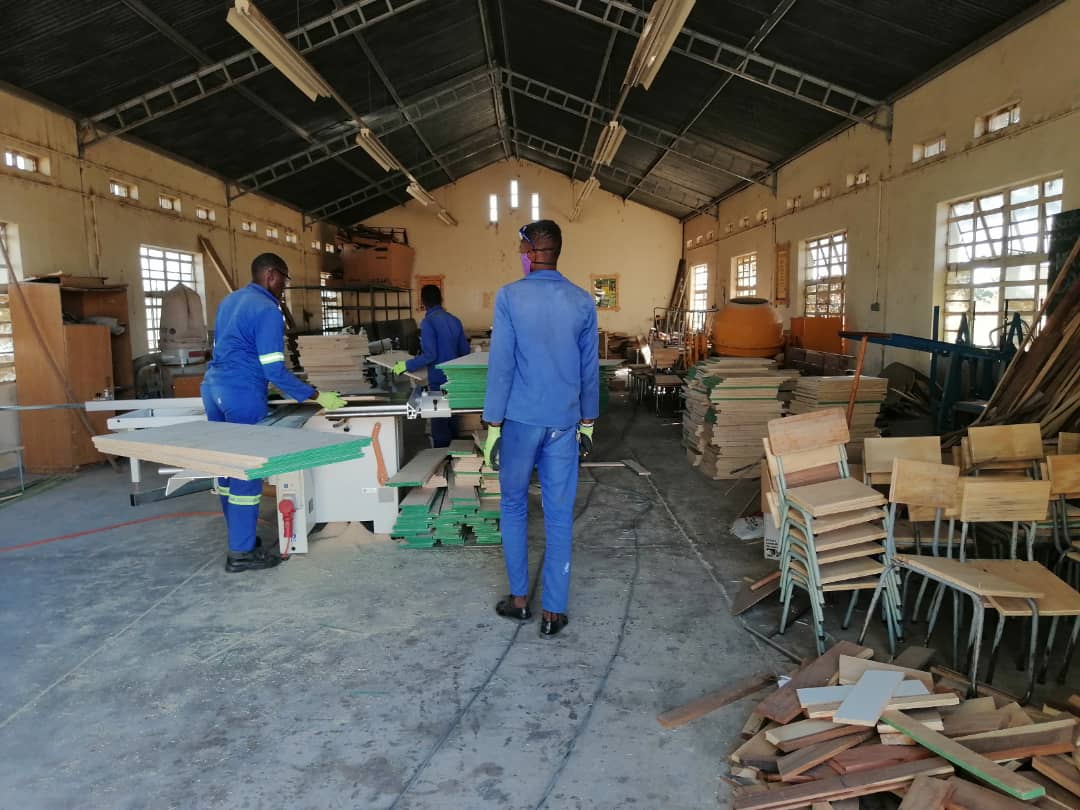 Vocational training centres across the country have made good progress in positioning themselves to offer a wide array of services through various production units.

Higher education minister Itah Kandjii-Murangi recently directed tertiary institutions to make use of VTCs for furniture instead of importing it from neighbouring South Africa.

Under the watchful eye of the Namibia Training Authority (NTA), VTC graduates have been renovating and fixing broken chairs, tables, beds and other furniture over the years.

In an interview with New Era, acting NTA CEO Muvatera Ndjoze-Siririka said the VTC production units were established to offer a wide array of services to the public.

He said this includes the reparation and production of school and other furniture and basic renovation or construction services at public infrastructure such as bricklaying, plastering, plumbing, carpentry, roofing, electrical work and tiling, among others.

According to Ndjoze-Siririka, funds generated are used to offset supply and other costs.

“For trainees, the production units generate opportunities to gain practical job attachment experience, under the supervision of seasoned artisans. Participation does not only prepare trainees for the world of work but also assist in moulding them into skilled, determined and disciplined graduates,” he noted.

Ndjoze-Siririka explained for clients which to date include entities such as government ministries, regional councils, private tourism establishments, schools and hospitals, the service offerings of the various production units represent a cost-efficient and high-quality alternative.

He said the NTA remains committed to its objective to strengthen and support the various VTC production units.

In line with Section 49 of its enabling legislation (Vocational Education and Training Act, Act of 2008), the NTA has assumed responsibility for the management and control of all state-owned VTCs.

The Act tasks the NTA to take over the administration of the VTCs, – which before the establishment of the NTA in 2008, resorted under the then ministry of education.

Significant milestones in transforming these institutions into self-reliant entities as contemplated in the Act include inter alia; trainer or instructor capacity building and equipment investment.

Ndjoze-Siririka said more than 2 500 trainers, of which the majorities are from public VTCs, attended further and upskilling training locally, and in countries such as Germany and Zimbabwe, as part of a comprehensive capacity-building programme.

“Coupled with the upgrading of training equipment and infrastructure at the VTCs, these investments have resulted in the improvement of overall trainee pass rates from 42% in 2014, to 68% in 2020,” he said.

As contemplated in Section 15 of the Act, the NTA board has established advisory committees for the VTCs, which have the promotion of a service-oriented approach to the management of these centres as their overarching objective.

Further, he said the upgrading or expansion of existing VTCs is at different stages of implementation.

This includes intensive renovations and the construction of additional training and or trainee accommodation facilities.

Other achievements he mentioned are solid progress that has been made with regard to the construction of new VTCs at Nkurenkuru (Kavango-West), Khorixas (Kunene) and Keetmanshoop (//Kharas).

The transformation of the Kai //Ganaxab Youth Skills Training Centre (Mariental – Hardap) into a fully-fledged VTC is also in progress.

Others are upgrading and expansion activities that have resulted in the diversification of course offering portfolios at the VTCs.

Some additions in this regard include courses in the areas of agriculture, logistics, tourism and information and communication technology.

In line with international training delivery approaches, the VTCs have adopted the competency-based Education and Training (CBET) curriculum in full.

Another achievement is the three VTCs have undergone a comprehensive rebranding exercise under a pilot programme to reposition these institutions as credible and of high quality.

Further gains were achieved through VTC graduates who participate in the nationwide ‘Live Your Passion’ career advocacy series, aimed at overcoming the negative societal stereotypes and perceptions around technical and vocational careers.