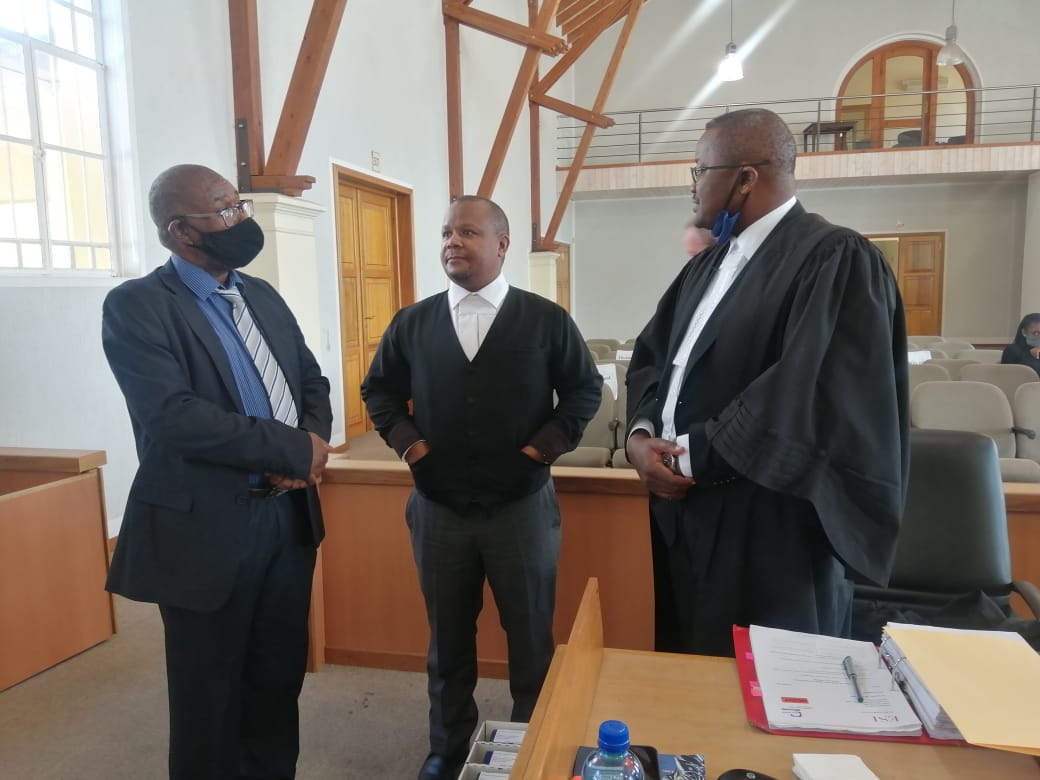 The hearing, in which the Namibia Tourism Board is seeking a court order that would compel the organisers of the Kora All-Africa Music Awards to return over N$23 million in state funds, was concluded yesterday in the Windhoek High Court.

The hearing, which started on Monday, was concluded when the only witness Digu //Naobeb finished giving his testimony.

During his testimony yesterday, //Naobeb indicated that the NTB was under pressure to make payments to Adjovi and his company, despite his reluctance.

“There was pressure on our side to make payments to Mr Adjovi because he started writing letters to the then attorney general, demanding payment,” he said.

//Naobeb, who had concerns about the procurement, said the Office of the Attorney General strictly handled the contract. He stressed that the NTB’s consulting lawyer Kaijata Kangueehi was sidelined during the contract negotiations.  Judge Herman Oosthuizen postponed the matter for a status hearing on 31 May, ordering the parties to file their heads of argument and replies. He further ordered for a full transcription of the record. The court indicated that it would give a date for oral submissions during the status hearing on 31 May.

The NTB is suing Adjovi and his company Mundial Telecom, which is based in Abidjan, Côte d’Ivoire over the aborted music awards ceremony, which was scheduled to take place in Namibia in 2016.  The NTB had paid more than N$23 million to the organisers of the Kora music awards, with Adjovi being one of the central figures.

The NTB entered into an agreement with Adjovi’s company on 4 December 2015 to provide a Platinum Tourism Promotion Package. The agreement stipulates that the so-called Platinum Tourism Promotion Package guaranteed 26 promotional television clips to be shown on each participating African country’s public television station for two months prior to the ceremony.  The agreement also included the NTB getting front, middle and back row tickets for very important persons. The NTB was likewise promised at least 150 gallery seats, and space allocation in the Kora magazine.

The terms of the agreement further stipulate that Adjovi and his company would return the money to the NTB within 60 days, with a deduction of less reasonable expenses incurred, in the event the awards do not take place in Namibia. However, this did not happen.

It was //Naobeb’s testimony that normal procurement procedures were not followed, while the agreement was rushed because Adjovi was leaving the country at the time.

He also had concerns that Adjovi’s company was not registered in Namibia, nor did the company have a local bank account.

But his concerns were not taken up. The money, which was transferred in portions, amounts to N$23.5 million. The cash was transferred to bank accounts in Abidjan, Côte d’Ivoire, as well  as through banks in Germany and Spain between December 2015 and February 2016.

//Naobeb further testified that the NTB fulfilled its end of the bargain by providing the money and video footage that was to be used for the promotional material, but they did not receive what they paid for. “They promised us that they would deliver, but these turned out to be empty promises,” he said.