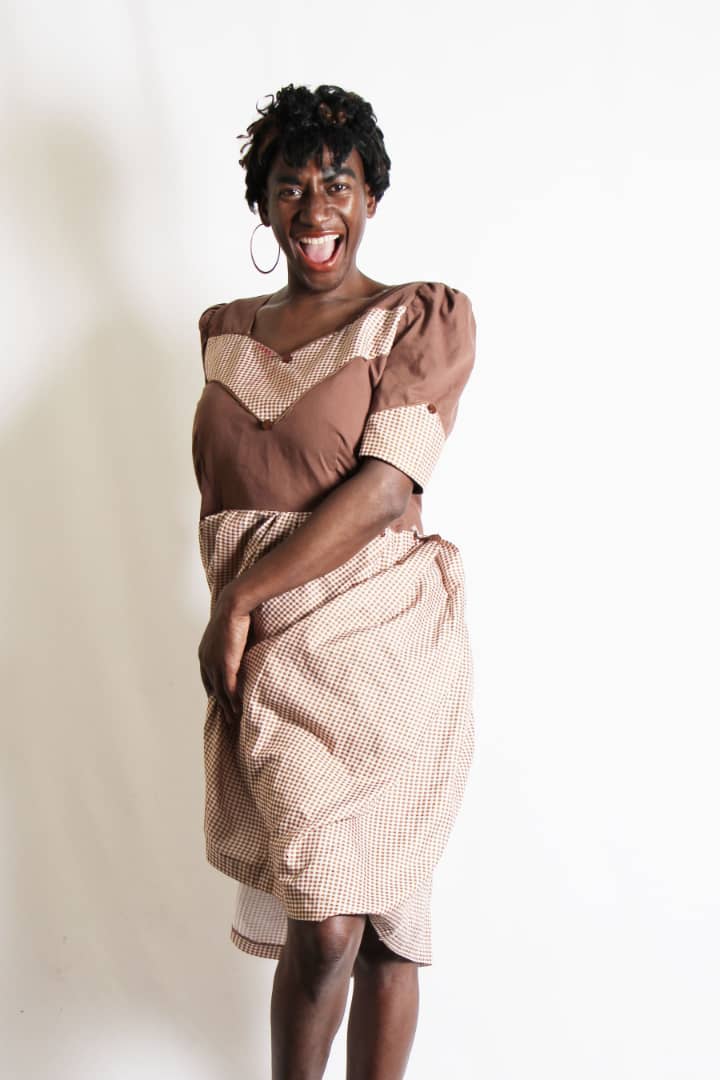 Some say losing your main source of income could send you down a dark hole that you would not be able to climb out of. But not for Xuro Milton.

Popularly known as Oc Ebs, Milton got the fright of his life when his employer, Air Namibia, was liquidated in March this year.

He told VIBEZ! his retrenchment, after having been with the national airline for four years, has taught him not to lay his eggs in one basket. Despite this set-back, he continues to make people laugh.

“Oc Ebs always finds new ways of entertaining people. Most of the time, that’s all she has been doing and making people laugh, and also clean houses,” he said of his alter ego, Oc Ebs.

Milton revealed that he is really not cut out for business, and is using his time to come up with new ways to be creative and keep people entertained.

“I think it (sketch comedy) is something that comes natural to me, and the type of content I create is for everyone, young and old. I have learned that it is very important to love yourself first, make time for yourself and make sure your happiness comes first. Only then are you truly able to make others happy or give your all, and be genuine with people.”

Milton’s comedy is usually inspired by things that happen in and around society, but some ideas simply just “pop up”, and he then finds a way to make it likeable to local audiences.

Some people might not know that their favourite domestic worker is also a well-groomed and respected voice-over artist... with a deep voice.

“Voiceovers are still a huge part of me. It all started when I participated in the NAMAs as one of the presenters about seven years ago. That came natural and many clients were pleased with my voice and what I delivered. I got some guidance from some of my friends in the industry and it’s been a smooth ride so far.”

Milton informed this reporter many plans are in the works to elevate his brand later in the year.

“My goodness, there is so much I would like to do and experiment with Oc Ebs. However, because it has always been a one-(wo)man show, it is difficult to achieve most of the projects I would like to execute. For now, we just want to get a small crew together to shoot a few episodes for her YouTube channel which is soon to be up and running.”

So, be on the lookout for more hilarious content from your favourite domestic worker on social media.