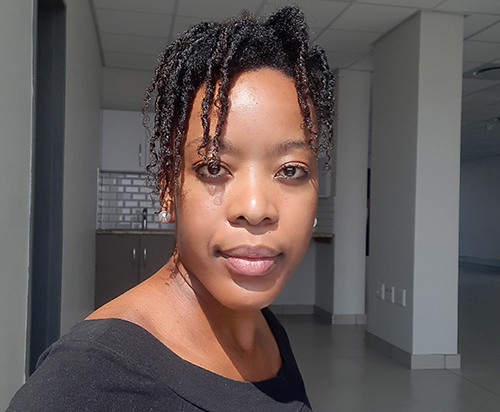 The recent demonstrations at the parliament gardens for the legalisation of abortion in Namibia are not only alarming but a huge cause for concern. When are we going to have respect for human life as a nation? When atrocious crimes and gruesome murder cases are reported daily, we are exasperated and flabbergasted. Indeed there have been just too many senseless killings in Namibia, women and men beheaded as if they are animals. In a unanimous voice, we have condemned such disrespect for human life. What however we fail to realise is that respect for human life should begin from the very foundation of life.

Life begins at conception; failure to respect this process is the very foundation of the total disregard of the sanctity of human life which we see in our society today. What is even more appalling is the fact that the abortion rate is highest among the youth. Perhaps even more painful and puzzling is a fact that even adults are at the forefront of these unfortunate calls for the legalisation of abortion. We are clamouring to have our children commit murder through abortions. I posed a question a few weeks back; how are we raising our children? I ask again today; how are we raising our children?

It is my submission that abortion is a complete disregard and lack of respect for human life. Human life should be valued right from inception, at the foetus stage, at an infant stage, and right through to adulthood. As a society, we are hypocrites, when a child is molested or senselessly killed after a gruesome rape, we are up in arms and rightfully so.

But when a foetus is wrestled out of the womb so painfully through an act of abortion, we excuse the action as a rightful personal choice. What we fail to see and appreciate is that this too is senseless extermination of human life. When an abortion act is carried out, a human being’s life is cut from its very roots, given no chance to ever live and see the light of day. Is this not the same as the gruesome murders we see every day and we rightfully call them out as senseless and unacceptable behaviour? People are beheaded so cruelly, and such an act of murder is a deliberate and calculated cruel action to permanently end human life.

It is an action meant to make sure that such a person should have no chance of survival. We even protest in the streets and call for harsher punishments. But how different are such heinous crimes from abortion? Abortion too, is a deliberate and calculated act to permanently destroy life from its very foundation. Ironically, we are taking to the streets asking for the legalisation of this murderous act. It is an action meant to ensure that such a life is permanently exterminated. Abortion is thus a complete disregard for the sanctity of human life. As a nation, we cannot support it.

The recent demonstrations for the legalisation of abortion were led by young adults and even some parents. What are we teaching our children? First and foremost, as adults, we should have self-respect and value ourselves. We should be mindful of how we carry ourselves and what we portray to those around us. The image of adults marching in the streets calling for the legalisation of abortion is not only disturbing but appalling. As young adults, let us educate ourselves about sex, contraceptives and then pass this knowledge to the youth and our children without shame. I posed a question, how are we raising our children? It is our responsibility as parents to teach our children openly about sex. It should be a conversation that we must have in our homes in order to enlighten our children about the consequences of having sex as well as the use of protection and contraceptives. Our children should as well be taught to value themselves.

It is only when one values themselves that they can also value and respect life. When our young women begin to value life and themselves, then they will also learn to value the life which grows inside them when they fall pregnant. A recent article about a grade 9 learner who concealed her pregnancy up to the point of giving birth comes to mind. If this girl had had a proper foundation about sexual education and self respect, her pregnancy and eventual delivery in a bucket next to her bed could have been prevented. Instead, her life, as well as the life of the unborn baby was in grave danger, just like the lives of so many young women who carry out abortions.

As the Bible states, “train a child in the way they should go so that when they grow up, they will not deviate from it.” Life skills is being taught from primary school and yet the rate of teenage pregnancy is so high. One wonders what these children are being taught in schools during the life skills subject.

This subject should provide children with critical knowledge, skills and attitudes they need to cope with the demands of life. This is where their self-awareness is developed as well as respect for the dignity of human life. Such teaching will not only guide our children and help them make informed sexual decisions, but will as well make them shun abortions. Our children will thus grow up knowing the sanctity of life.

They will value life and protect all its forms. With that, we will have a society in which no foetus is destroyed; no infants are molested, no heinous child rape cases, no senseless beheading of others, and indeed no calls for abortion in whatever form.

What we are forgetting is that God sanctified women and declared that they shall give birth, albeit through pain. No longer was God going to physically create human beings as he did with Adam and Eve, but creation would now be through conception. Who are we, therefore, to interfere with a process God blessed and sanctified? Abortion, whether legal or illegal is atrocious and it should be condemned in the strongest terms. As a society, let us learn to preserve life and human dignity, it is all that we have. No one should ever have a right to take away or destroy any life. The recent call for the legalisation of abortion should thus be dismissed with all the contempt it deserves.