Home / Opinion: Our society is eroded

Opinion: Our society is eroded 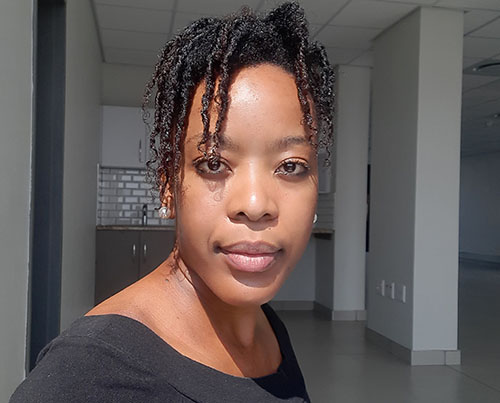 We live in a society which can best be described as eroded and devoid of any respect for one another as the human race. It is a society in which we callously neglect our responsibilities, a society where dog-eat-dog is the motto and order of the day.

It is a society in which the poor get poorer each day, and the rich get richer and richer. Indeed, we live in a society where power is used to suppress the majority. The wealthy and privileged do as they wish, and undermine the rights of those who don’t have. It was not only sickening but disheartening to read of a young lady being forced to undress in public by her employer.

What is even more painful is the fact that colleagues, customers and the general public could not defend the desperate young lady, who must have been embarrassed beyond measure. Our society is one in which no one cares, unless it is their skin at risk. We are a nation divided along tribal and ethnic lines, a nation whose citizens would care less about the next person and whatever turmoil they may be experiencing. Every time racism raises its ugly head, we leap to action and condemn it unreservedly. While such actions may be noble, we forget that not a day goes by without some of us threading the same ethnic and tribalism route. The fibre of our society is indeed slowly but surely waning away.

As individuals, as leaders of various organisations, public or private, and indeed national leaders, we all have a responsibility to hold our nation together through the way we uphold our responsibilities. Organisational leaders should be responsible and accountable for the success of the institutions and the people they lead. It is only in that way that the future of our nation in general and that of our children in particular will be guaranteed. Our children’s future depends on our actions today. In a country bedevilled with problems of teenage pregnancies and other related ills, it is shocking that the administration at a school in Outjo are lamenting that there is a high rate of teenage pregnancies at their school, this after accommodating girls and boys in the same hostel.

What would you expect if you put meat in a lion’s den? Whatever reasons can be advanced for such an arrangement, it points towards our failure as leaders to plan effectively and ensure total protection of children and the maintenance of our society’s values. This school is supposed to plan for the success of the pupils they have enrolled, and yet poor planning sees them mixing boys and girls in the same hostel.

The Outjo school example is just a tip of the iceberg. Our economy has been on a nosedive for a while, and we need collective responsibility from our leaders to arrest this situation. On the contrary, we read about scandal after scandal in which our economy is being eroded by the greedy. About N$600 million went missing at the Government Institutions Pension Fund (GIPF), and no one was prosecuted. The Fishrot scandal has exposed how millions went unaccounted for, millions which could have revived our economy. Our society is indeed being diminished by the very people charged with the responsibility to develop it.

The recent incident in which a young lady was forced to undress by her Chinese employer is yet another example which typifies the loss of morals, responsibility and accountability in our society. Principles of fairness, justice and basic human values seem to be a thing of the past. Regardless of what the young lady could have done, to force her to undress, in full view of customers and colleagues, is not only a gross violation of her human rights, but a negation of her dignity as a human being.

It seems those with power and wealth feel they have the right to do just about anything to the less powerful. It is the lack of consideration for the rights and dignity of a fellow human being which makes this shop owner feel he has the right to denigrate his employee in this manner. Where are our morals and human values?

Perhaps it was the desperation to keep her job, knowing the ills of unemployment in our country, which made the young lady to undress. Such actions must be condemned in the strongest terms. What is also appalling is the fact that in all this fiasco, no one really defended the young lady and stopped this shameless Chinese employer from dehumanising her. Indeed, we live in a society where care for one another is a thing of the past. We turn a blind eye to what we perceive as not affecting us, forgetting it might be us in the same traumatic situation next time. It is so disappointing that no stern action seems to have been taken against this employer, and all those individuals and organisations who voiced their concern about this incident seem to have retreated into their usual shells.

We took up arms not so long ago to fight against the apartheid regime, whose governance was based on racism and segregation. We defeated this ill, and still fight racism to this very day whenever it attempts to raise its ugly head.

What, however, we fail to notice is that we have entrenched our society along deep lines of ethnic and tribal boundaries. We tend to be so ethnocentric to the point of failing to accept and work with those who do not share our ethnic boundaries. Tribalism is slowly but surely eating away our society, and we are failing to realise that it is equally a tenacious enemy like racism.

We did not fight against a racial society only to introduce another ethnically divided society. While the famed Nigerian writer Chinua Achebe in his novel which chronicled the ills of colonialism declared that ‘’the whites have come, and they have put a knife between what holds us together, and we have fallen apart”, I want to state that we too have put a knife between ourselves, and our society has fallen apart. As the old saying goes, ‘divided we fall and united we stand’. Let us indeed stand and be united as a nation.

Let us, therefore, take responsibility and be accountable for the survival of our nation. Ours must be a nation glued together by human values, a rainbow nation in which respect and love for one another is the order of the day. A nation no longer divided along tribal lines, a nation based on equality, fairness and justice. One Namibia, one Nation!