Home / Opinion - A reflection on the peaceful demonstration

Opinion - A reflection on the peaceful demonstration 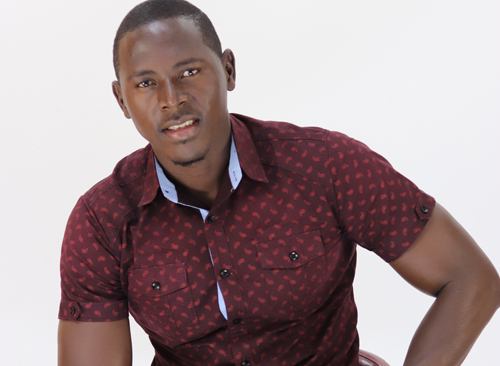 I have found it beneficial to provide a succinct contemplation on the demonstration against the reckless and unlawful decision by the honourable governor who had appointed Mr. Charlie as his exclusive advisor and a chairperson of the development committee of the region to be repealed and have the governor relieved from his duties and office.

Permit me to therefore thank the dismayed residents of Kavango East region by expressing my gratitude to them for having decided to exercise their constitutional rights of being able to air and show their dissatisfaction, disappointments and for having passed a vote of no confidence to Mr Wakudumo and put it on record. Credit is allowed to them, hence they should be proud of themselves.

Looking at how the governor, Hon. Bonifatius Wakudumo apologized a night before the peaceful demonstration after the solely made appointment sparked various questions and what happened before and during the same exercise, we have the following to say:
His apology in itself has shown that he is reckless with his work. He attributed no responsibility nor accountability to his wrong and unlawful action. If the public can reason with me here it will be vividly clear that the apology doesn’t incline itself towards portraying remorse from his side. Because he has made it apparent that he is sorry that he has caused confusion and not that he is sorry for having taken a wrong and unlawful decision.

He has decided to carelessly agree with the others at the regional council, specifically with Hon. Maghambayi to inform us that he had gone on leave and that his copy of the petition be given to Hon. Maghambayi, the Chairperson of the Kavango East regional management committee through whom we have sent a copy of the same petition to President of the Republic of Namibia, His Excellency Hage Geingob to apparently avail it to the governor later on because he feared for his safety.

I had to refute it and told him that if the governor wasn’t going to be found at his office, we were going to remain there until he could show up because it was easily perceived to an extent that even a baby could see how much they did not want the governor to be seen by the protestors. Another sign of yet taking the residents for a ride!

Leadership is seen and those who have the traits of leadership, it’s not difficult to see such in them. The art of “servant leadership” shouldn’t be advocated only when it’s time to source votes from the citizens but must be made part of every leader at all times. We, therefore, implore to the leadership of the nation not to turn a blind eye on this.

Upon our arrival at the governor’s office, the protestors met with other protestors mainly ladies in a uniform of white and purple with posters displaying different writings and which I, unfortunately, failed to read because upon getting to the scene I could only trace pieces of posters which were on the ground as they were completely torn apart and the owners flee the scene.

From the look of things, we were made to believe that they were protesting against us who were protesting against the governor’s unlawful decision and for his dismissal. If it’s true that they were there to defend the governor, then it is safe to say that I am personally very disappointed in yet another unlawful gesture from the governor who to this point should be labelled as a leader who is not aware of his surrounding and certainly not sure of what he wants.

As such, we still demand that favour be done to the people of Kavango East region by having the governor replaced without any delays. Where on earth and in one’s rightful state of mind can one organise people to stand against a legally organised demonstration? This in itself once again shows that the rule of law remains unclear to Mr. Wakudumo and as such entrusting the office to him will surely put the future of this region at stake.

The other disappointment expressed by the residents or rather the protestors is the fact that we found a big number of police officers by the governor’s office, which appeared to us that they were there to provide maximum protection to the governor while they failed to advise the group which was outside ready to counter-protest the dissatisfaction of the dismayed people.

Contrary to the aforesaid, if the ladies were there for a different intention meant not to defend the governor, then I won’t do justice if I on behalf of the steering committee and the group of protesters at large not apologize for everything bad that happened.

Hon. Maghambayi’s recusing the suggestion of him being a possible replacement to the incumbent governor by the KECG

On behalf of the Kavango East Concerned Group (KECG) or rather the residents, I would like to say that the pronouncement shouldn’t leave us disappointed because Hon. Maghambayi just exercised his rights.
I, however, feel that it wasn’t necessary for him to have done so as the KECG spokesperson made it categorically clear in front of him and all the protesters that the suggested people knew nothing about the suggestion of names the group made and that they were not part, nor were they behind the demonstration which was staged.

Now try to analyse the statement from him:

“Such action is not only a violation of my fundamental human rights but ‘it is also’ (supposedly) tantamount to character assassination and an advocacy of disorder towards the prudence administration our government has put in place.”
Firstly, how does one attribute such to the aims of the demonstration, which took place on the 29th of December 2020? I would like to deliberately take it that he did for the sake of keeping his bread, butter and alliances safe, surely these influenced his logic! His name was merely a suggestion, please.

Secondly, why priding with government’s prudent administration when it’s evidently known that the leadership of some of those who are supposed to make it prudent is being questioned? Should this be taken as a sort of known sweet talks or something? I am still struggling to understand this?

It hence just made us conclude that cowardice (apologies for the term used) is a serious human problem, which guarantees no organised future and we are anxious that the same still clouds our region. We are thus tempted to be in agreement that maybe we should understand that birds of the same feathers fly together. Though we remain hesitant on this.

Expectations of a few proven wrong

To those who were hard at work politicising the whole demonstration, it’s befitting to say that they should be ashamed of themselves and that they should remember to forgive themselves in this regard. For we are sure that their expectations were totally the opposite of what the dismayed residents portrayed.

The citizens of Namibia, especially the residents of both Kavango East and West should make an effort to understand that the future belongs to only those who pay attention to every little bad and good thing happening today.

To demystify the aforesaid, permit me to say that if there are people who still have time to watch public office bearers carry out their work recklessly by failing to take responsibility and accountability of their daily operations, then they are merely not ready for CHANGE.
We are therefore not gonna wait for them as they are a huge liability and most definitely a stumbling block to the future of the region and to that of the nation at large. Actions breed the changes we all want to see, stop refraining yourselves from what could redefine your future!

The President’s expected reaction by the KECG

The head of state remains with the prerogative of appointing governors as empowered by the Namibian Constitution and we thus take nothing from him. The least we as citizens can ask from him is to be considerate by ensuring that in whichever appointment he makes, the person is fit for office and that the interests of the people will be treated as a priority.

In a different breath, if the President decides not to appoint another governor this will have a huge impact on the rapport that exists between the President’s office and the region. Trust from the people is a valuable asset, which every leader must strive to create and maintain for leadership to make sense.
May the Lord grant us all the favours from above as we continue battling with this pandemic.