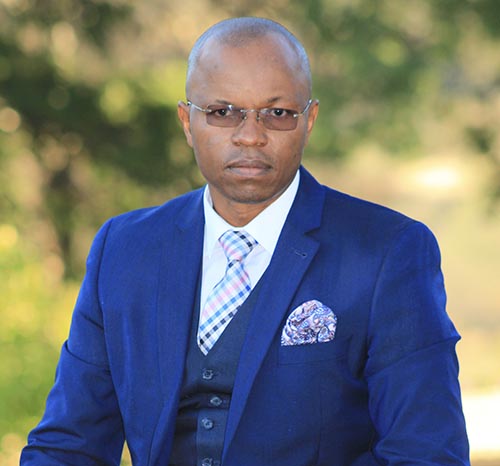 As a student of law, I cherish every opportunity that our courts are invited to provide legal certainty. Greater credit must go to the litigants, who opt for litigation and sustain the often-protracted court process, especially when that process leads to a determination by the Supreme Court. There must, therefore, be specific mention of Charmaine Tjirare, Hidipo Hamata, the Popular Democratic Movement (PDM) and the Electoral Commission of Namibia (ECN) for seeing that legal challenge through.

On 30 May 2022, the three-judge bench of the Supreme Court upheld the High Court in ruling in setting aside the post-election publishing of the revised PDM party list and the subsequent swearing-in as members of the National Assembly of the candidates who featured on the revised party list. I welcome the guidance provided by the court of Appeal in detailing the relevant process, especially in relation to the discretion political parties have in the compilation of the party list before the elections and after the announcement of the election outcome.

I, however, get the sense that paragraph 4 of Schedule 4 of the Namibian Constitution has not been settled once and for all. This provision gives political parties that qualify for seats in the National Assembly near absolute discretion to fill such seats with candidates of their own choice. In the 30 May decision, the Supreme Court placed the exercise of that discretion ahead of polling day, while it indicated that a limited window would be available to political parties to amend the list on account of death, incapacity or expulsion of a nominated candidate.

The apex court held that post elections, the only changes that can be made to a party list would be owing to the disqualifications of members of the National Assembly as contained in Article 47 of our constitution. These, amongst others, include when a member resigns from the house, is incapacitated or is no longer a member of the political party on whose ticket he/she joined the house.

My firm view remains that the exercise of the discretion in paragraph 4 of Schedule 4 is meant for after the election outcome has been announced and the political party knows how many seats it garnered. While I am alive to the possible adverse effect that the exercise of such discretion by a political could have on the members who featured prominently on the list and might no longer be preferred by the party and the electorates who might have voted to see a certain candidate in Parliament, I hold that the current reading of paragraph 4 of Schedule 4 has not been given full and complete effect.

By providing that “a political party which qualifies for seats in terms of paragraphs (2) and (3) shall be free to choose in its own discretion which persons to nominate as members of the National Assembly to fill the said seats”, paragraph 4 cannot be said to have been intended to apply before polling day. This is after the outcome is known and paragraphs 1 to 3 of Schedule 4 have been applied, then paragraph 4 finds application. As indicated, I foresee an expanded discussion ensuing before this matter is settled.

The primary object of this presentation is the application of Article 46 of the constitution. I am the first to concede that the reading of Article 46 should generally not present any interpretation challenges and is relatively straightforward. It requires that the candidates on the party lists must satisfy the requirements in Article 47 and amongst others must not be “remunerated members of the public service of Namibia, including the defence force, the police force, the correctional service, parastatal enterprises or be members of the National Council, Regional Councils or Local Authorities”.

It is navigating through those requirements that were at the heart of the impasse, which initially was between the ECN and PDM, but later between PDM/ECN and the litigating PDM members. This is what requires legal or possibly more practical certainty. There is a real concern that the literal application of Article 46 denies aspiring lawmakers the opportunity to contest if they fail to clear the hurdle imposed by that provision. The option available to them if they indeed want to contest on the party lists of the various political parties would be to resign from their employment before the submission of the party lists at a date set by the ECN.

With the inherent element of unpredictability linked to elections in their natural setting, resignation appears very unattractive, with the net effect being that the electorates are not subjected to the full menu of possible future lawmakers and a point can be made that the electorates deserve to be provided with all available options to chose from at the ballot without such choices being limited or eliminated prematurely.

As the late Chief Justice Ismail Mohamed cautioned us about 29 years ago that a “Constitution… must broadly, liberally and purposively be interpreted so as to avoid the “austerity of tabulated legalism”…” It is, therefore, important to determine the object or purpose of Article 46, especially when it is read with Article 47. I repeat that the wording of Article 46 presents no real interpretative challenges, but the impact of such literal reading has presented an apparent challenge, in particular limiting aspiring lawmakers who are employed in the public service or at public enterprises from being included in the nomination lists of participating political parties.

It is, therefore, important to assess the purpose of this limitation, and it seems the essence is to ensure all members of the National Assembly do not enter Parliament while holding other remunerative public roles. Then the subsequent question I submit should be, can the intended purpose be achieved without requiring hopeful lawmakers to relinquish their remunerative public roles before their election to the National Assembly has been confirmed?

I say it is possible. That on a purposive interpretation, without being limited to the literal reading and application of Article 46; candidates could only be required to meet the requirements of Article 47 post elections and before they enter Parliament. Such an interpretation would ensure that the aspiring Parliamentarians would not be excluded prematurely by the rather limiting reference to Article 47 as contained in Article 46.

It is my hope that our courts will be presented with the above arguments and be invited to consider and determine the alternatives to the strict application of Article 46. The Attorney General Advocate Festus Mbandeka may also utilize the window created by Article 79 (2) of the Constitution and refer the matter to the Supreme Court for a determination. If left unattended, Article 46 will return to claim its next set of victims, thereby limiting the pool of prospective lawmakers. However, I remain hopeful.