Home / Opinion - Diversity as a rollercoaster for African unity

Opinion - Diversity as a rollercoaster for African unity 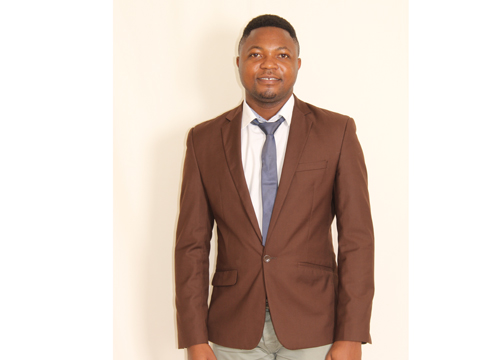 Africa being one of the biggest continents that exist on earth houses different landscapes, various mineral resources, wildlife, fishes and different ethnicities.

History does tell us that diversity in terms of human habitation had been there, but life was once lived in peace.
There were conflicts here and there that were easily resolved. However, the Berlin conference of 1884 brought a permanent wound which to date this continent could not find an anecdote to cure it.
This letter is not interested in addressing the invasion of European power and the tossing of territories into states for the interest only known to them.

Nonetheless, this letter is interested in addressing the issue of how boundaries have advanced the natural instinct of diversity on the continent.
We are one as many people who differ in our languages, cultural practices, beliefs and geographically.
Amongst all the diversities we have, ethnicities have put us on a pedestal and unknowingly toss us around each time we want to move ahead in the quest of development.

Secondly, we are very eager to rush to succeed collectively as a continent and put less effort individually, whether as a country or regional block. For instance, in each and every African country we can easily use ethnic differences to sabotage progress.
We have seen from xenophobia to utter divisive remarks by leaders amongst those they lead. What is more painful is, there are those who feel like more citizens than others.

In the case of Namibia and trade, we have our internal issue of the redline that partly discriminates against farmers economically and limited trade freedom amongst our sister countries in the midst of the recently ratified African open free trade. It may seem needless to talk about this, but these are audacious issues that keep us going through a rollercoaster.

We can borrow from Ahmed Sekou Touré who said, “We should go down to the grassroots of our culture, not to remain there, not to be isolated there, but to draw strength and substance, and with whatever additional sources of strength and material we acquire, proceed to set up a new form of society raised to the level of human progress.”

Once upon a time, Africa began to move in one direction when they had a common goal.
African unity was not just a mere romanticism song but actions were seen by the founding fathers like Kwame Nkrumah, Emperor Haile Selassie, Julius Nyerere, Kenneth Kaunda, António Agostinho Neto, even our founding father Dr Sam Nujoma.
But somewhere in 1963, for the first time, a division was seen amongst themselves and the project lost its consistency and enthusiasm.
We have seen attempts in the idea of Julius Nyerere of starting with regional blocks.

Yes, we have managed to establish them and even basic economic bodies like SACU were established. Our troubles have not ended even when we had this effort.

Diversity within seems to be a pull and push factor among others.
Maybe we need to sit down and reestablish our common goal. Then it was political but now it has to be economical.
It is possible that in our diversity of language, culture, political ideology, and territorial boundaries we can rise above our odds.
But it ought to start from individual Africans, communities, regions, countries, and regional blocks and at a continental level.
We have to begin serious trading of goods within the countries, amongst our neighbourhoods and we do it in progression.
For ethnic divisions, we need to see it fit to bring merits and capabilities that are diverse amongst ourselves and use this to the advantage.
Like one of the wisest liberators stated, “let us die a little to ethnicities and be more African.”

And like Kwame Nkrumah said, “I am an African not because I was born in African but because African was born in me.”
If we take total ownership of our problems and honestly desire change, unity of purpose will be born in us and we will begin to move in the right direction progressively.

Our ups and downs will be reduced if we establish a new culture of seeing not our differences to be a weakness but a strength.
Let us not advance the project started in 1884 at the Berlin conference but weaken it to give birth to a new continent.
Our education system, political interests and economic vocabularies have to change.

Instead of seeing our norms to be a hindrance, we can put up something higher than our feet and begin to look up and follow that.
For Africa to have one currency, and trade freely our mindset had to first change.
If we do not find it fit to see Angolans in Namibia as strangers, Congolese in South Africa as strangers and Nigerians in Togo as strangers, we will begin to move in one direction.

But it is not just a mere look instead finding a common ground for us.
The reason why the quest for unity never dies is that it is natural for us to do so.
It is also our hope that one day it will be realised because delay is never a denial.