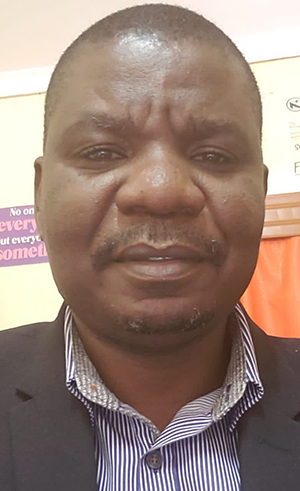 The 1948 Universal Declaration of Human Rights, which was ratified by the United Nations, included the right to social services. These social services include the provision of clean water. The local government institutions, which include the town council, are responsible for the delivery of services and infrastructure, which are critical for the well-being of the citizens.

Despite, the term ‘service delivery’ being a popular phrase that is used to denote the distribution of basic communal needs and services, notably water and sanitation, land, electricity, roads, as well as parks and recreation, the Rundu town council has performed poorly when it comes to these basic services.

The failure or irregular water supply and poor roads have in recent times exasperated the residents of the town by showing their vexation through demonstrations.

The issue of water has reached a critical point, with people feeling dejected and with thoughts about whether this is what independence was meant to be.

The appetite to go to work or visit the town have evaporated from many people because they don`t know where to run to when nature calls.

As much as people can be blamed for the exorbitant debt, the key question remains, how did we arrive at this? Could this be a result of corruption and infighting among local authority councillors?

It is despicable to see people scrambling for unpurified water from the river but still consider themselves town residents. Bathing from a bucket and the daily collection of water has become the new normal which is customary to a village.

Many residents are left wondering why they should continue to have faith in politicians` promises before elections if one aspect of their basic human rights is inadequately delivered to them. Due to the dry taps, a man was rescued from the jaw of a crocodile and was rushed to the hospital with injuries last Friday afternoon.

It is a shame that when residents show their frustrations through demonstrations those who see politics as their only future blame oppositions or factional politics to repudiate the demonstrators or distract from the real issue.

One wonders whether these people are living in the same town where residents are subjected to suffering, or they are only visitors who happen to visit when the town council scramble for pennies to pay Namwater? For how long should residents go through this ordeal especially for those who don`t default on their water bills?

Auditing of books dating back 10 years ago should be carried out to come at the bottom of the current financial woes. Get rid of billing two accounts on one erf.

Pre-paid meters as advocated by many should be prioritised as a matter of urgency. Critical involvement of the central government in relation to these issues is needed for efficient and effective functioning and service delivery.

The town council should find alternate sources of income. House developers should include the tarring of roads as observed in other towns.

Although a short term remedy by Namwater was announced on Friday afternoon to rationalise the provision of water for the next five days, by Saturday afternoon, some of the locations didn`t have a single drop from their taps.

The town council can contract as many debt collectors as they can or threaten disconnection of water for the defaulters, but the fact remains the current amount will not be settled in a foreseeable future, especially in the absence of any other source of income.

With that predicament – and without a long-term solution in sight, the question remains, does Rundu deserves the status of a town?