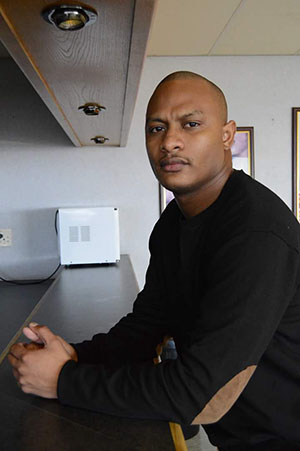 Creating a supportive financing model, higher education institutions in Namibia have been revising their sources of income continuously. These institutions have increased their presence countrywide, creating more qualifications (including short courses), while also admitting more tuition-paying students. While one or two institutions have set up commercial entities that can generate revenue for them, some new institutions, or new departments were set up in cooperation with ministries or corporate entities to train incumbent or future employees. These smart partnerships create skills, while at the same time generating income for these institutions. Increasing admission of international students paying higher for tuition also adds to revenue.

The above financing methods seem functional, as former rectors, vice chancellors and other institutional heads have implemented them. The biggest issue remains though, that it is unsustainable for institutions in Namibia going forward. This problem will persist as long as these institutions do not realize their pivotal role in the Namibian economy, and their required contribution to the GDP. Before ambitious transformational plans to become knowledge hubs and technological innovators, these institutions first need to realise the stagnation they as HE institutions caused since independence. A short background follows underneath which coincides with the culture of “get a degree, get a job, work hard, save more, and enjoy your pension afterwards”. Namibians are accustomed to believing a degree equals a job. Furious graduate youth find it difficult to enter the labour market where their elder grade 12 holding counterparts first need to reach 60. Namibians are generally not aware that their savings and pensions have been invested abroad where thousands of jobs were created with these monies and only interest and dividends are paid back. Namibians are also not knowledgeable on the fact that local performing companies are tapping into the local economy only with no output that generates foreign derived income from their services.

If a local telecommunications company raises N$1 billion locally to increase its infrastructure, this debt is paid back through revenue generated from unemployed, indebted, and just local customers with middle or lower income. If the same company raises funds internationally, the same 1 billion will escalate in time when the loan needs to be paid back to foreign investors. Revenue to pay off this debt still comes from an indebted Namibian economy. It is not as if this company provides services outside Namibia. It should become clear now that Namibia is to produce more than what it consumes. The surplus needs to be traded internationally. His Excellency needs not only to train knowledge that is job needy but set up the business itself as an entity that attracts foreign students, as a business that produces and manufactures for the local and international market. Paid jobs, applications, interviews, selection of the best candidate need to become something of the past. Higher education institutions can also help tens of thousands of Namibians become self-starters and therefore address the issue in which Namibia is not self-sufficient. Any high earning professor or head of higher education institution in Namibia need to re-conceptualise. Failure is part of progress. They are the most important actors in accelerating this shift.

The estimated dollar total of imports is more than the estimated dollar total of goods exported by Namibia. Thus, meaning Namibia is in a trade deficit. With trade deficits come certain economic conditions like Namibia’s need for credit (with the debt to GDP standing at 69.60% in 2020 according to tradingeconomics.com), need for foreign aid, a weaker currency, inflation and ultimately slower or declined economic growth, even at a rate lower than inflation.

Look at a communication professor earning a basic salary of N$60 000 per month, which pays tax to Inland Revenue in Namibia. Some foreign lecturers also need to report and pay tax to their countries of origin at the same time. Sending a proportion of his/her earnings home for domestic use, while also spending minimal amounts of his/her earnings on local Namibian produced products comes second and third as consumers normally stick to brands known and used from childhood. That brand might just be the imported products to Namibia. The knowledge transferred (calculating output of the professor and institution) to a class of communication students directly benefits only 5% of students who lands a position with a corporate company or in government after studies.

These graduates earning N$16 000 per month salary pays tax and repay their student loans to NSFAF or commercial banks. These newbies work for the government, which is already overseeing a trade deficit. The rest work for Namibian companies, which compete only in the domestic market, therefore generating profits from already indebted customers working in an indebted economy. The narrative is different if one communication graduate works for Meatco or Desert Fruit who generate good profits from international buyers. To be critical, how many Namibian companies primarily produce, or manufacture products meant for exports. These two industries are key for higher exports, more local jobs and achieving a trade surplus. Agriculture, marine science, geology, and logistics to mention but a few in Namibia are those academic disciplines finding relevance within performing sectors in Namibia. These sectors are not big enough. This leads to the question: What contribution to GDP and how significant is the contribution is from higher education institutions through a faculty of humanities and a degree programme like communication or English, together with its foreign staff.

The N$60 000 basic salary per month to compensate the communication professor comes from a blend of income to the institution. The income is namely from government subsidy, tuition fees (loans, grants, cash), donor funding and limited commercial revenue. From the government subsidy, NSFAF loans and grants come the majority of income to institutions. Bear in mind government’s position of overseeing a trade deficit and having such high debt to GDP. When these institutions channel funds to commercialise their locally produced products, they might make a profit, but they still compete within the rest of the economy who still consume more than they produce. Hence, any profits made, tax paid to Inland Revenue would not bring about a positive change in the trade deficit of the economy. Lastly, with bank loans to fund tuition, and with graduates at home still being seen, household lending will still increase. This lending only increases profits paid out to parent companies as so many financial institutions in Namibia are from abroad. These are the same financial institutions, which are downsizing their workforce in Namibia, further increasing unemployment. Teachers in Namibia would find themselves in this scenario too. At a cost to government in employing teachers and housing learners, a basic education teacher has an output that equals zero to GDP currently, as no learner is to work nor produce a product to be sold. The opposite scenario would be beneficial if an agricultural science professor fielded to work at a commercial farm of the university to co-creates a dairy product, which is sold to the local market and the rest of SADC for an income to the institution. This is can be done during daylight while lecturing is in progress in the evening.