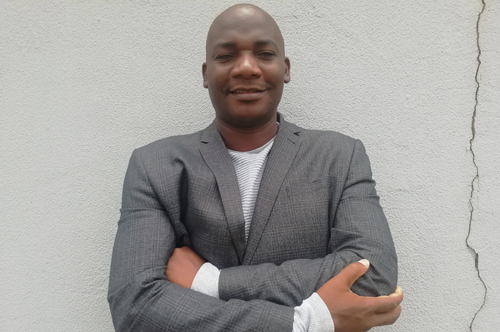 There can be no better well-analysed thesis on police’s official role in enforcing the law than authoritative Thomas Hobbes’ Theory of Social Contract.

According to Hobbes, there was a period in human history when administrative states were nonexistent.
Humans were quintessentially guided by the regulations they referred to as natural law during this pre-political era, but not by social contracts.
Hobbes asserts that, before social contract, humans lived in the state of nature characterised by chaotic conditions of constant fear, lawlessness, solitary, poor, nasty, brutish, and short-lived life.
In contrast, humans harbour a natural desire for security and order.

It was partly done to preserve individual life, tranquillity and prosperity.
Natural law automatically became a moral guide to the sovereign in protecting the subjects’ natural rights.
It should be clear that the social contract discussed formed the basis of police officers’ primary role in enforcing law and order.
For instance, the Namibian Constitution gives Namibian Police Force power to maintain law and order and preserve internal security.
The provision offers police an absolute authority to enforce the law, and Namibian citizen ought to vests their trust in the institution to faithfully discharge its constitutional obligation with obedience to the social contract.

Recently, some Namibian populace has been dismayed by the police force’s role in enforcing the law.
For instance, the curfew’s imposition during the pandemic—the closing of the liquor outlets, enforcing the law related to number of passage in the vehicles. Further, the mandatory wearing of face masks, and regulating the number of people allowed to gather was consequently met with formidable resistance by some public members.

On the other hand, police are blamed for arresting prominent members within our society, which, according to others, should be treated distinctively.

The men and women in uniform have been at the receiving end while trying to ensure the citizens comply with all measures to curb the spread of the pandemic, and discharging their duties of maintaining law and order as well as preserving the internal security.
When the preceding dictates our reasoning and strict regard to police responsibilities, fundamental questions emerge: Is it the police officers’ responsibility to determine what constitutes a crime or an offence?

Is it the police’s mission to judge whether a law is sound, bad, too harsh, or too lenient? Should the officer be impartial in enforcing the law?
In all these questions, answers are categorical NO, because police are just an enforcer of legislations.
An agreement that police only enforce legislations with impartiality acquits Namibian Police Force of the charge that it infringed on the social contract.

However, this goes without indicating that any police officer who, with a personal motive, act outside the perimeter of law summarily compromises the police institution’s competence and integrity.
In this case, the long arm of government is dexterous enough to catch them and hold them accountable.
As we enjoy peace, we ought to appreciate the men and women in uniform of the Republic of Namibia for their prominent role in ensuring law and order during, before and after COVID-19 pandemic era is enforced.
In conclusion, let us work collectively with law enforcement agencies to ensure national security and hold rogue officers accountable for any social contract breach.

Finally, it is pertinent to note that when we explore humanity’s history, we will in no small extent, agree that security shapes our existence as humankind.
Therefore, security entities conceal our being, hence, deserve our applauses.
The piece is written in his capacity, not that of the Namibian Police Force or any other affiliation.