Home / Opinion - Kleptocracy and the oath of office

Opinion - Kleptocracy and the oath of office 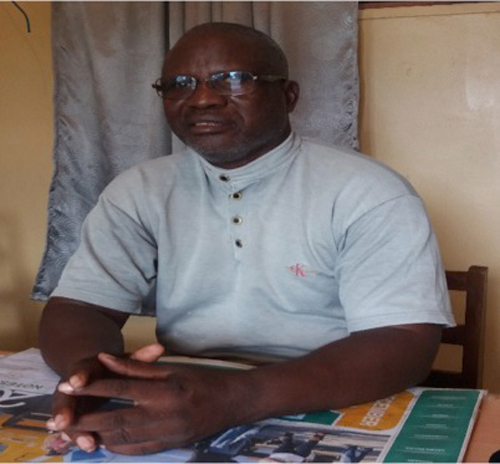 According to the English Wiktionary, the word, “kleptocracy,” means a corrupt and dishonest government or society characterized by greed. Unfortunately, this trend of governance has taken the world centre stage.

Despite leaders taking oaths to protect constitutions - and - offices, the opposite is true that incumbents taking these vows end up abusing them. Lately, abuse of office in a country Patrice Lumumba, the first democratically elected Congolese prime minister once called “the Mother of Democracy” was averted by USA’s three branches of government and prevented the president in overturning the elections results.

Contextualize that in many African states! Think of it that no African president has been impeached for abusing office. The only impeachment process in Africa has been coups d’état. At independence, nearly 31 years ago, Namibia was hailed as Africa’s promising child in terms of rule of law. From 1957 when Ghana, the first Sub-Sahara African country attained independence up to 1990, when Namibia got hers, 33 years were clocked. During this period, many leaders in highly ordained offices, abused their positions by massive theft and went scot-free. Meredith (2006:303) records Mobutu, the former president of Zaire (now DRC) telling party delegates, “Yibana mayele – Steal cleverly, little by little.” One would think that Namibian leaders learnt from their counterparts and avoid abuse of office and kleptocracy. Nevertheless, the events of the Fishrot and other corrupt practices have proved otherwise that Namibia can no longer be exemplary in fighting kleptocracy. Where did we go wrong armed with the best constitution in the world?

Namibians themselves
are to blame
Namibians voted in a kleptocratic governance, which is a government of the greed for the greed and by the greed and stood by in the spirit of non-interference when their resources were being siphoned by their leaders, through massive corruption. Namibians are to blame for standing with and supporting corrupt leaders, who fail to honour their oaths and offices they undertook to protect. It has been business as usual when the promising proactive and hardworking daughters and sons of this country were being sidelined and marginalized per corrupt standards.
We tend to hero-worship and create personality cultism, even when our leaders tell us that they will slit our throats. We have failed to stand together and pull together at once but have been praising the corrupt system with its elite, on the pretext that they brought freedom. The process of liberating Namibia should have gone hand in hand with patriotism. However, what we experienced is what Frere terms as “the formally oppressed becomes more oppressive than the oppressor.”

Nothing to lose
Needless to mention, our leadership is the main beneficiary of our resources since the dawn of independence. They directed every activity, either corrupt or not corrupt. Unfortunately, in the process, they became untouchable and went away with everything. Lord Acton, an English Catholic historian, politician, and writer is known for the remark, “Power tends to corrupt, and absolute power corrupts absolutely. Great men are almost always bad men.” A vicious circle of insensitiveness crept in and incumbents fill their pockets at the expense of poor Namibians who voted them into power.

What is at stake?
It is the people’s livelihood which is at stake. Imagine the billions of dollars which have been stashed away into foreign banks and sometimes getting lost in the process! This money could have been put to good use by buying books and computers for learners. It could have been used to build that shack kindergarten run by that committed Samaritan woman struggling to feed those orphans single-handedly. Schools are dilapidated and falling apart because there is no money for renovations and rehabilitations. Clinics and hospitals run out of medicines and people are dying from the coronavirus. The N$8.1 billion which was budgeted to curb the virus has been depleted in a very short period. This becomes difficult to comprehend if consideration is taken that Namibia has less than three million people! It is equally shameful to imagine that front pages of newspapers are filled with the faces of treasury and bank looters, who had taken oaths to protect the constitution. These are the people who are harvesting huge groovy tax-free salaries when the toiling poor masses are heavily taxed. From a moral perspective, these people should resign and not wait until they are proven guilty by a competent court, as they will tamper with evidence.

Readdressing the situation
Yes, some culprits have been apprehended for allegedly abusing their offices and breaking their oath, but the majorities are still walking scot-free. It is imperative that whoever is suspected of having taken part in the loot should be brought to book and pay back the money, which should be used to build, rehabilitate and renovate schools and hospitals including other infrastructures. No one should obstruct the wheels of justice, no matter what position the person occupies, as all Namibians are equal before the law as per Article 10 of the constitution. The dragging of court cases, which seems not to see any end, is worrying.

Whatever the delay, it is unacceptable that cases drag for years without being finalized. The Fishrot case has been in court for a year now, and it seems as if, it will also take time to have it finalized.
We have a saying in Silozi, “Tapi isa bola fela kwatoho, kaufela yona ibolile”, meaning the rotting head of the fish, signals the rotten fish. Our kinsfolk in the north say, ‘tashili ekunde omekunde shili”, meaning what destroys a bean seed is inside the bean itself.
Both expressions are true because if the heads of governments are kleptocratic, surely the whole nation will follow the masters. Namibians have created the current corrupt system knot, and they should address and untie that themselves. Finally, a ruler should be justified in the exercise of political power only if it contributes to the common good of the people served (Spielvogel, 1991: 436).