Home / Opinion - Knowledge management: What are the key challenges ahead?

Opinion - Knowledge management: What are the key challenges ahead? 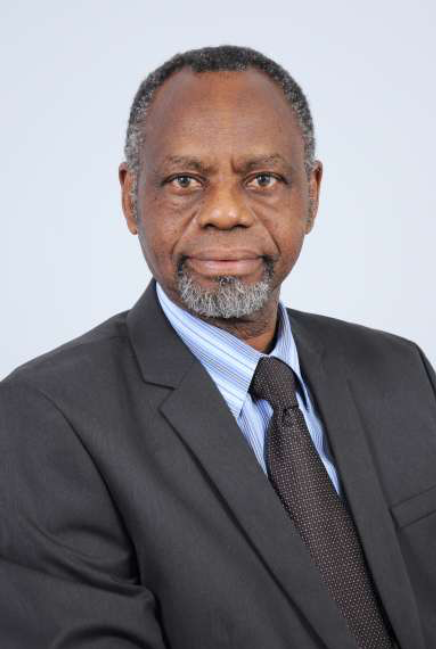 The link between knowledge and development has a long history but it is only recently that countries have started to give it the seriousness it deserves. Knowledge received recognition as a crucial production factor as far back as post-Second World War reconstruction efforts. Peter Drucker the management guru was one of the early authors to recognize  this organic link in his book “The Land Mark of Tomorrow”. Peter Drucker is credited to have used the term knowledge worker for the first time and foresaw that rapid economic development would only be achieved through application of knowledge and innovation. The realization of knowledge as a production resource was given further impetus by Japan which despite the extensive destruction resulting from the Second World War was able to recover quickly through the systematic application of knowledge and innovation.

Many Asian countries appear to have learnt from the Japanese lesson. In their book titled “Governing and Managing Knowledge in Asia” Prof Menkoff and colleagues have written extensively on the Asian “knowledge miracle”. In their book it is noted “The field of knowledge for development now occupies a top position on the agenda of all Asian governments as well as large development organizations.”  The book  chronicles the march towards knowledge-based economies in Asia showcasing the enormous success of countries like Singapore, Taiwan, Vietnam, Malaysia, South Korea and others.

The World Bank gave its own endorsement to this new thinking in the World Development Report 1998/1999 sub-titled “Knowledge for Development”. The World Bank Report pointed at the importance of understanding how people acquire and use knowledge for development. The report also noted that the information superhighway now makes it possible to provide access to the vast global store of knowledge to everyone in a country including the poorest sections of society. The report did point out how Africa has been left behind by the rest of the World where knowledge intensive development is the order of the day. Case in point was the example of Ghana and Malawi which got their independence at the same time as the Asian country of Singapore but have now fallen far behind it in development because of the low application of knowledge for development.

The knowledge for development report urged African countries to put in place policies to reduce the knowledge gaps that separate them from the rich north and Asian countries. Secondly Africa was urged to work together with their public, private sector and international NGOs to strengthen infrastructure to address information scarcity problems. Finally countries were urged to recognize that knowledge is at the core of all development efforts and to make an allowance for transfer of knowledge from every corner of the globe.

Socio-economic development of countries is a complex process and keeps changing in terms of how it is defined and implemented. The Indian scholar, Amartya Sen had defined development as freedom, whereby human beings acquire the ability to achieve their own goals in their environment and context (Development as Freedom, 2000). There have been many scholars mostly tending towards suggesting that development is a slow linear process where Third World countries should copy the developed North and retrace the steps they took for their development which would take too long. Fortunately, the United Nations has provided a guide through the Sustainable Development Goals (SDGs) in which a total of 17 goals have been agreed upon as a guide for human development. Although all the 17 goals have major implications for knowledge for development, the specific goal addressing knowledge is goal 17 on Partnerships which implies the need to network and work together towards finding solutions to achieve sustainable development in the world.

The link between knowledge for development and the SDGs is best captured in a report by Janus titled “Becoming a Knowledge Sharing Organisation” in which he points out that: “Many development challenges are common across the world, but the solutions to them usually remain localized—they never get adapted for replication, or the key element is forgotten. Yet some agencies and some localities are more effective at learning from success and applying it further over time and space. What is the difference between those who make progress and those who fall behind?”

The answer to the question above is to transfer knowledge from where it has been produced in solving development challenges to where it is required to address similar development problems.

The case for knowledge for development in most developing countries is often the opposite of the situations we have described above as knowledge is regarded as a luxury factor in development. In Namibia, the case of Ongombo West farm comes to mind but there are similar examples of land resettlement failures where knowledge for development was not given priority, Zimbabwe being a prime example. The story of the Ongombo West farm is an interesting case study on what to avoid when trying to help poor people to develop economically.

The farm was owned by a white family for four generations. The family specialized in the production of commercial flowers and keeping beef cattle throughout the four generations and hence had amassed considerable knowledge in the production process and marketing of cut flowers to the European market and selling of beef cattle in the local market. Unfortunately they had been mistreating their black workers in the most unacceptable manner. The government took a decision to acquire the farm and give it to the workers to run and benefit. While the government intentions were good to address the historical injustices of apartheid which had led to suffering and terrible income inequality in Namibia they forgot the knowledge for development factor.

The white family of Wiese left the farm after compensation but they also took their tacit and explicit knowledge on modern farming methods with them and left the workers with the brick and motor and equipment which they did not have the  knowledge to operate, neither the know-how to operate the marketing niche the Wiese family had established.  As reports in local newspapers indicate, by 2021 the Ongombo West farm had become a rundown place infested with criminals and was a complete failure.

In conclusion, we can add that although a knowledge-based economy is enshrined in Namibia’s Vison 2030, practical steps are needed to translate this vision statement into reality. Certainly policies on knowledge sciences should be formulated to ensure all government ministries and departments have knowledge management hubs dedicated to supplying the required knowledge to employees and stakeholders of the organisations. Knowledge hubs should be created in all private sector organisations to convert such organisations to knowledge-intensive firms to accelerate the country’s development.

Finally, the lesson of similar cases to Ongombo West should not be forgotten because it has valuable lessons in knowledge for development. At the grassroots level knowledge centres are needed to provide space at the grassroots level to link various types of extension service workers to the farming community and small entrepreneurs. And also link the farmers with the market place to share ideas on which crops they should produce which they can sell readily to the big stores which are currently importing such crops from outside the country. It is also important to add that communities such as Ongombo West also do have a knowledge-based [element] which should be harnessed to assist in their development. All over Namibia and elsewhere in Africa there is valuable local knowledge at grassroots level which can contribute to the development of a country.  The question is do we have the foresight to tap into this local knowledge and transfer external knowledge to complement it and accelerate development.

* Kingo Mchombu works at the International University of Management and is part of the team establishing a Centre of Knowledge Sciences but this article is written in his personal capacity.