Home / Opinion - NIMT needs help, but what type of help?

Opinion - NIMT needs help, but what type of help? 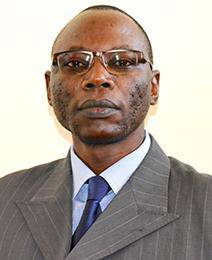 Recent reports about NIMT’s inability to pay salaries to its employees are not new. The situation of unpaid salaries has become perennial at NIMT, one of Namibia’s prestigious institution on vocational education and training. However, the current situation has little to do with the Covid-19 crisis. Disturbing internal reports suggest that the current delays in the payment of both academic and administrative staff salaries could stem from many years of mismanagement and an audacious disregard of Namibia’s labour laws abetted by a total display of arrogance by the institution’s executives.

Credible evidence shows that for many years the institution has reportedly failed to pay in full or paid only partially salaries to its employees, plunging them into great economic hardships. Evidently, the non-payment of career civil servants has and continues to negatively affect the employees’ lives who like any other citizen in Namibia need to pay for rent, mortgage, medical aid, buy food and other basic needs such as transport, children’s uniform, and stationery, which are rendered impossible to do because of salary delays and/or non-payment.

Astonishingly, every time employees’ salaries were not paid or delayed, the executives of the institution would show a sense of defiance by (a) bullying or suspending or instituting disciplinary actions against some so-called unruly employees and will (b) remain tight-lipped about prevailing circumstances as if nothing of consequence is happening at the centre. These actions are unethical and betray the trust of the employees who have and continue to invest their flesh and blood to make NIMT a prestigious vocational education institution it is today. Namibians of goodwill must stand together and definitively reject with the contempt it deserves the attempts by the powerful to obliterate the economic freedoms of the employees at this institution.

The executives at NIMT and their enablers must know and accept that Article 4 of the Universal Declaration of Human Rights prohibits any form of slavery in whatever form. They must also know that whereas slavery means a condition of having someone to work very hard without proper remuneration or appreciation, Articles 8 and 9 of the Constitution of Namibia abhors any person or organisation that subjects another human being “to cruel, inhuman or degrading treatment or punishment”. It is totally unacceptable that in the 21st century, in an independent Namibia, a training institution conducts itself in a manner reminiscent of practising religious ancient slavery. This is a complete abuse of power and degrades the good name of the institution and vocational education in general. The million-dollar question is “How has a minority ruling class of executives at NIMT been allowed for decades to wield so much political and economic power, and dominate the entire vocational education fraternity? A more potent observation is that as along as NIMT bosses maintain the salary impasse, and the situation remains unresolved, sane Namibians will conclude that education authorities are either incompetent to respond adequately to the crisis or are working in cahoots with the elite at NIMT. Why have for decades education authorities ignored NIMT employees’ queries and tribulations?

Given what we know, here are several ideas on how to address the NIMT crisis: one, the centre must be allowed to pay salaries using their reserve funds, which is meant to be used to bear expenses in times of crisis. The key question is “Does such a fund exists?” Another idea is that the government should provide a stimulus or relief package to allow NIMT to pay its staff for at least six months. You could attach stringent strings that NIMT bosses must observe before and after the relief package has been released. However, an ideal solution may lie in combining the two ideas to reach an agreement that works for both the government and NIMT authorities. The government must take the lead in this regard, and act swiftly to save the quality of education and training in Namibia. Allowing the salary problem to continue will only make things worse than they already are now.

The NIMT crisis also requires innovative and long-term solutions, including the following. Deregister the centre. As stated above, the non-payment or delayed payment of salaries at NIMT suggests that employees’ motivation is at its lowest, compromising the quality of teaching and learning at the centre. More importantly, the weak financial statement of NIMT is evidence that the institution’s operations are in violation of the vocational education regulatory frameworks of this country. The NIMT bosses must also take cognisant of the fact that the institution has lost its moral standing as an honest training provider run on clearly defined laws and policies of Namibia.

Another innovative idea is that NIMT bosses must be helped to develop a different business model. Let us be honest, the current NIMT business model has failed; otherwise, we could not be in this quagmire. Therefore, given the impressive historical achievements of the institution, NIMT executives must first admit that their business model has failed and thus needs a turn-around strategy. Thus, they must exercise transparency and accept assistance to serve the institution at the expense of their own twisted personal interests. One way would be to surrender 60% of their collective stake to shareholders who can inject the much-needed financial resources to resurrect the activities of the institution. Think of your legacy: Do you want to go in the dustbins of history as the person who destroyed NIMT or the person who saved it when it was on the verge of collapse?

Another innovative but a commonly used austerity measure in business is that NIMT executives must cut on their monthly earnings. It is an open secret, NIMT is currently facing severe imbalances between expenses and income, generated from tuition fees and other sources of funding. This strategy will help improve the cash flow situation of the centre. However, everyone knows that a business-as-usual mentality will sink NIMT to a point of no return. When (not if) that happens, the NIMT executives, employees, students, communities, and the country will collectively lose.

Another long-term solution could be for the government to take over. The facts are overwhelming. There is no doubt that the current government adores NIMT. To date, the institution has been a leader on issues of vocational education and training. NIMT has since independence influenced government policy on vocational education and training. Anecdotal evidence shows that most successful and competent artisans in government structures were trained at NIMT. For many, NIMT has been a centre of excellence. If this is true, the current government must examine its legal avenues of how to acquire this fountain of knowledge. Those at NTA must play their patriotic role to save NIMT and its reputation; after all, some of you are products of that prestigious institution.

Lastly, but not least, seek a court injunction that will dissolve the current governing body, and place NIMT under administration. Available historical evidence suggests that NIMT is insolvent. And if the evidence is correct, I suggest the appointment of an administrator, of course, through a court process to protect and save NIMT, its properties and human resources as much as possible.
* Godfrey Tubaundule is a senior lecturer at the Namibia University of Science & Technology, Department of Technical and Vocational Education and Training (DTVET)