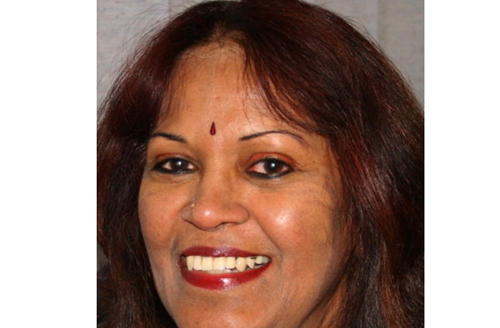 The EU-funded P3ICL project has been working on protecting, preserving and promoting indigenous culture and languages since 2018.
Our travels in the different regions of Namibia have given us an opportunity to meet different language groups.
The Ovadhimba people, who live in the Ruacana area, provided us with an interesting case study.

According to Ethnologue, the Ovadhimba people are identified as Ovaherero, and it is believed that they are mountain dwellers who stayed behind during the Bantu migration, whereas the Ovaherero moved to the central part of Namibia.

As such, it is believed that they speak a pure or deep version of Otjiherero, but the Ovadhimba people claim that their language is different.
When the P3ICL team travelled to the villages in Ruacana to collect data, we came across two different groups who had diametrically opposing views about how to spell the name of the language that they speak.

Both groups felt very strongly about their claim and refused to give up their affiliation to a particular spelling.
If we examine the two names a little closely, as linguists, we can easily see where they come from.
The Oluzemba has closer proximity to Otjiherero because the “z” alphabet is used by the Herero and is pronounced with the “dh” sound, which is, as per the place and manner of articulation, closest to voiced dental fricative.

There are many other words, of course, but the ones mentioned are good examples to make my point.
Why am I discussing the spelling of one word in so much detail? It is because it is closely linked to the geo-political identity of the Ovadhimba/Ovazemba people.

The way they spell the word links them to two different ethnic groups, and, in Namibia, it reveals alignment and association with either the majority in the population on the one hand or a powerful minority on the other.

Since the P3ICL project concerns itself with data collection in the form of stories, folk tales and legends, the difference in spelling did not matter hugely to us and we were guided by Pastor Johannes Tolu, who has himself written more than ten books on the orthography of the Oludhimba language and also textbooks for school children on another project.

Whatever may be the case, here is an amazing opportunity for experts in African indigenous languages in general and Namibian language experts to explore both the linguistic and sociolinguistic aspects of these languages.
Researchers at Unam and Nust should take up these languages for analysis and generate good academic research and articles, which could be used by the ministry of education and NIED for policy decisions.

The language policy of Namibia is a forward thinking and well-articulated document, which states that local languages should be taught as mother tongue from grades one to five.
The P3ICL research team has started the ball rolling. Now our bright, young and passionate master’s degree students should take this forward.

*Prof Sarala Krishnamurthy is a researcher in the Faculty of Humanities, Technical and Vocational Training at Nust. The views and opinions expressed herein are purely her own.