Home / Opinion - The link between social media and human trafficking

Opinion - The link between social media and human trafficking 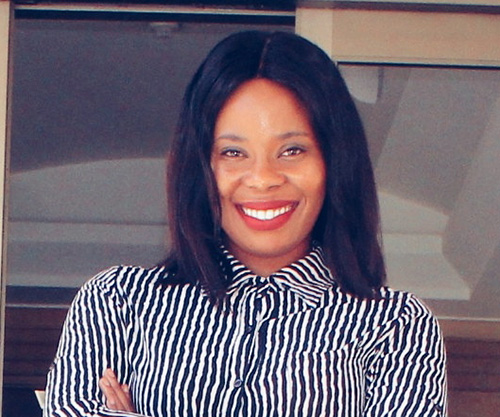 In the wake of high living costs and persisting high unemployment, what are the chances of making a living? It is no surprise that young people would employ alternative means to counter the prevailing circumstances.

The increase in repo rate, high fuel prices, and food and housing costs are the current realities that the majority of Namibians are facing.

A recent newspaper article reported the Namibian police uncovered a possible human trafficking syndicate that lures young Namibians to the Middle East under the guise of job opportunities.

The recent victims were 31 Namibian women, ranging from the age of 27 to 40 years old, who were also lured to Oman, under the same guise.

It was further reported that the remaining victims also wish to be returned home, but they have to wait for their families to secure the funds to pay for the travel expenses and the cancellation of the debt bondage fees that were linked to their visas.

Another article reported there has been an increase in human traffickers using social media platforms to get their victims, particularly Instagram, Facebook and Snapchat.

Human trafficking is defined as the recruitment, transportation, transfer, harbouring or receipt of persons by means of threat or use of force or other forms of coercion to achieve the consent of a person having control over another for exploitation.

Human trafficking is also known as modern-day slavery due to the exploiting nature that comes with committing this heinous crime. Moreover, what is petrifying about this offence is the fact that once it is perpetrated on the victim, it infringes upon the victim’s fundamental human rights, such as the right to life, liberty, right to human dignity, and slavery and forced labour – and the right to education.

Another challenge is that a majority of our Namibian population does not know what human trafficking is; therefore, because of the lack of knowledge on the subject, it then becomes easy for them to fall victim to it.

Namibia has made great strides in the fight against human trafficking over the past years, particularly by bringing into force the Combating of Trafficking in Persons Act of 2018, coupled with the fact that in 2020, Namibia fully met the minimum standards for the elimination of human trafficking, making it the only state in Africa to achieve a first-tier ranking in the US Department of State’s ‘Trafficking in Persons Report’, joining 34 nations globally.

Even though Namibia received a first-tier ranking, being the highest ranking, it does not mean it has no problems with human trafficking or that it is doing enough to address the issue.

In fact, currently, the biggest problem within the global community is social media in human trafficking, which emanates from the evolvement of information-communication technologies, which then results in the current laws on human trafficking being outdated.

In the wake of young people being raw and sharing their realities online, it becomes very easy for human traffickers to recognise potential victims on social media platforms.

Traffickers do this by collecting or stealing information about potential victims, tracking, observing, impersonating victims and various other forms.

Most victims of human trafficking begin this treacherous journey on social media by being entrapped by traffickers – either by building relationships through the internet, publishing false job offers, advertising and selling services.

Traffickers create false profiles on social media sites, impersonating other people or creating anonymous user accounts, and they will then create contact with the victims, e.g. by commenting on photos and publications of the person, followed by sending them private messages with an intention of building a sense of closeness and intimacy with the victim.

Traffickers create fake business accounts, where they publish false job offers or directly contact a selected victim under the pretext that they are recruiters, specialists in fields or business owners.

Advertising and sale of services

This mostly concerns providing access to photos, videos or interactions with a person through social media. Victims are oblivious to the fact that they are being watched and recorded, and that the videos in which they appear are being published on selected internet portals. In other instances, traffickers might make use of victims of human trafficking, who are forced to perform such work.

Human trafficking, which was once known as an international crime – and which seemingly was never a problem in our country, has now increased domestically at alarming proportions.

As such, we are being reminded that traffickers have now upped their game; they are now using social media as a driving force for human trafficking.

We, therefore, implore social media users to be vigilant at all material times to avoid falling prey to this modern-day evil that is amidst us.