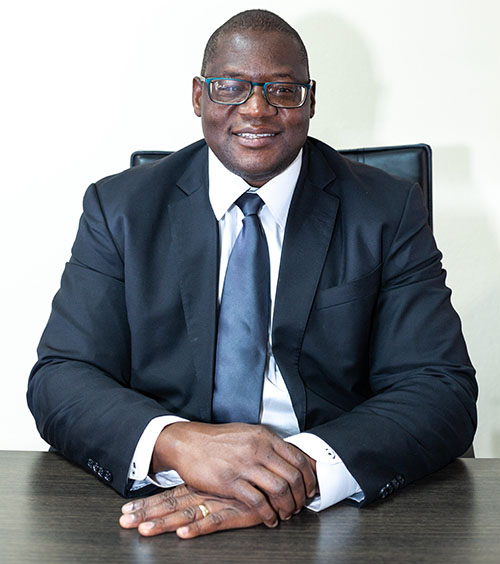 The Namibian media fraternity constantly reminds the citizenry of the impact of Covid-19 on Namibia’s social and economic ecosystems. A case in point is The Namibian newspaper, which, in its headline of 26 October 2021, enlightened that more than 14 500 workers were retrenched between 1 January 2020 and 30 September 2021, resulting from the struggling economy and the Covid-19 pandemic. Out of those workers, the hospitality and tourism sector was hard hit, with 4 305 employees retrenched. Hence, the question that regularly arises: What are the future prospects of the industry amidst Covid-19?

There are few people who can currently venture to predict the future. However, despite the extreme difficulty in predicting the future at the moment, I attempt, at extreme personal risk, to provide a view on the future prospects of the Namibian tourism industry.

The tourism industry from an occupancy lens

Business activities resumed from mid-August 2021 onwards, after travel restrictions were partially lifted from 15 August 2021. Despite losing four active business months (May to August), the future prospect of the tourism industry is still hopeful. For instance, there was evidence of vibrancy in the industry, especially from the domestic market point of view, but to some extent international travellers as well, after the restrictions were lifted in August 2021. The somewhat improved 2021 year-to-date (YTD) occupancy levels attest to that. Average occupancy levels, which indicates the percentage of occupied rooms at a given facility, is one of the common indicators to assess the tourism industry. In 2019, which was the last year of normalcy in the industry, the industry was booming with an occupancy of 51%. NWR recorded a 43% average occupancy in that year. In 2020 - the year of universal suffering and adversity -, the prosperity of 2019 plummeted to an average occupancy of 16% nationally. The “chaos” and turbulence of 2020 seems to continue in 2021. For instance, the average national occupancy is only 16% thus far. However, it seems likely that the 2021 occupancy will surpass the 16% in 2020 as a full year. NWR recorded an average occupancy of 26% YTD, which is better than the YTD national average of 16%. This is mainly due to emphasis and effort put on the domestic tourism market, in the absence of internationals.

What can be concluded from the above? That the domestic tourism market holds potential for the future. In this context, a proposition can be made that companies that currently attempt to understand the domestic market better, and design products and services tailor-made for this market segment, are likely to do better than those that do not. In the same way, companies that neglect the domestic tourism market, in favour of waiting for the international leg, are likely to be compressed.

Future Covid-19 variants and outbreaks cannot be ruled out, particularly in view of the current relaxed atmosphere with regard to people movements and the oncoming festive season. There is still a great deal of vaccine hesitancy in the country, to the point that mandatory vaccinations are, now and then, mooted. As of 20 October 2021, a total of 232 549, or 9.3% of the population, have been fully vaccinated. The national target is to reach 60% of the total population by the year 2022, which is still a damning task ahead. Should this target be truly reached in 2022, the tourism industry stands a good chance to benefit through increased tourist numbers as well as improved occupancies and revenue. As it was seen in a recent case where the United Kingdom removed Namibia from the so-called “red list” on 11 October 2021, or the Centres for Disease Control’s (CDC) decision to downgrade Namibia from Level 4 (Very High Level) to Level 3 (High Level) on 01 September 2021, lower positivity rates improve the future prospects of the tourism industry.

Operational resilience of the industry

As a measure to mitigate the impact of Covid-19, most companies’ first reaction was to cut costs, either through reduced employment or remuneration levels. Parallel to this, companies’ operational abilities were reduced due to retrenchments and a reduction in staff numbers. Therefore, one aspect that increases future prospects of the tourism industry is the ability to bounce back from reduced operational ability so as to cater for the returning tourists or the increased demand. Companies that can rapidly respond to returning tourists’ demands are likely to perform better in future.

The future prospect of the industry also significantly depends on developing new source markets, revising pricing models and creating new products. For instance, the African Continental Free Trade Area (AfCFTA) offers new opportunities in the African Tourism Market. Historically, most of Namibia’s tourists came from Europe, primarily Germany, and from markets such as the North American, Australian and, recently, Asian markets. Covid-19 has clearly shown that reliance on foreign markets is not prudent, nor sustainable. For instance, NWR continues with efforts to promote African Tourism within the context of AfCFTA.

NWR’s current efforts in attracting the African market include the reduced price (50% off) on the Namleisure Card offered to SADC nationals and the broader international market. Equally, the current special rates introduced in September 2020 targeting the domestic market are being offered also to SADC residents.

The bull in the kraal: what does the future hold for the Namibian tourism industry?

Caveat: These predictions significantly depends on future Covid-19 outbreaks, level of vaccination rates, ability to reform the industry and implement novel ideas (and not being convenient with “this how we used to do it” or claiming to be sole and self-appointed industry experts), agile and revised industry systems and processes and ability to develop new tourism products and source markets.