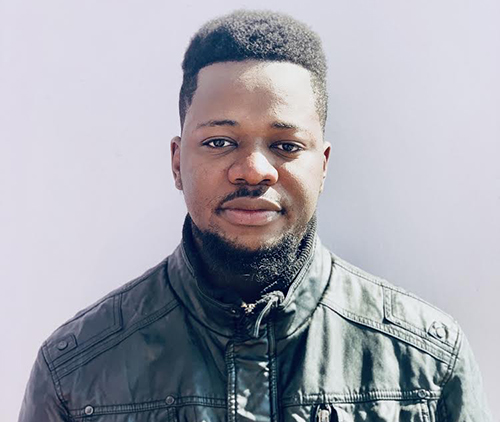 Africa can be self-sustaining, but it will require drastic measures such as cutting ties with some of the developed countries.

Incompetent leaders and poor governance have hindered the success of the continent, which is hugely incorporated with acts of corruption.

How is it that we still have colonial laws in place? Is it to protect assets of our colonies? The African Union (AU) has to look into this – from country to country. The fight should be against poverty and not our fellow brothers and sisters as it has been the case in South Africa.

We, as people of the continent, have to refocus our attention towards the need to renew our continent, and we can only do that if there is a will.

It is unfortunate that some of us can only contribute from a writing perspective, of which I hope those in positions of authority to practically do something are able to read and implement what we are writing.

The biggest challenge to the developmental agenda of the African continent is the level at which African countries are borrowing – be it from China, the International Monetary Fund (IMF), and or other Eastern and Western countries.

What is worse is that innocent African people have to cover for these debts through various taxes – and this is one of the reasons a country such as Namibia is one of the highest taxing countries globally.

It could have been better if borrowing was done to create employment, which will mean the newly employed will service the debt through their monthly income tax deductions.

That is how to borrow with good intention, as it equally implies that unemployment will be reduced – and that the debt will be serviced.

The other thing that we have to be critically mindful of is aid. These countries are giving us aid with one hand, while the other hand is extracting our natural resources at no cost, a Latin phrase called ‘quid pro quo’.

Sometimes, we do not need to seek for aid but to ask our African countries to help us during hardships.

How is it right to go seeking for help from your neighbour while you did not think about asking your parents? African countries need to invest more in helping each other out, as it will create trust – and it will further reunite the African continent.

If we are to speak monetary within the continent, there is a need to come up with a continental currency because we can no longer be comfortable with being told that the American dollar (US$) is the global trading currency.

If the Europeans are able to have the Euro as a continental currency, why is it a challenge for the African continent?

After all, the inception of the continental currency will ensure trading between member countries is smooth and so much easier.

Historically, the continental currency was the dream of Julius Nyerere; it is about time we make that dream a reality.

In relation to languages, we cannot be reluctant and comfortable being told that the English language is the universal language.

Africa needs to adopt its continental language; this will allow us to have a common language – and it will save us the challenge of trying to learn English and foreign languages to communicate with fellow African citizens.

The beautiful language of Swahili of Kenya and Tanzania is a perfect fit for a continental language.

An independent anti-corruption commission on a continental stage to overlook corrupt activities within African countries can help combat and reduce corruption on the continent.

The reason we have political conflicts (civil wars and presidents overstaying in power) in Africa is due to awful leadership and bad governance.

The forceful overstaying of the late Robert Mugabe of Zimbabwe – even when election results indicated the late Morgan Tsvangirai won – can be classified as bad governance.

However, what transpired within the Zambian political spectrum are acts of good politics and adherence to the rule of law.

When people and political parties rightfully win any sort of elections, we ought to adhere to the electoral results – even though the results are not in our favour.

Overall, the continent is better off if it is freed from ineffective political leaderships, as well as autocratic and arrogant presidents.

The message to the young people of Africa is that it is your duty to elect competent and capable leaders into positions of authority.

The time to vote based on merits is upon us; we have no reason to put people in power based on what they did in the liberation struggle.

The future is based on economic emancipation, and we should adjust as such.

Even though young people are supposed to take over, they need to do it in a dignified manner that is free of disrespecting and humiliating the elders.

If you do your research, you will notice that in critical matters where Africa needs itself to solve a conflicting matter, the rest of the world tends to have a final say on what is to be done and the decision to be taken.

Africa must stop wanting to be told what to do and how to run our respective countries. Moreover, statistics bear out the impression that conflict on the continent is getting worse and not improving. The war in South Sudan, the collapse of the state in Somalia and the conflicts in Mozambique, Burundi and Nigeria are serious cases of concern that indicate our continent is deteriorating.

There is still hope for the continent to deliver, but we must also know that hope is not going to be with us forever.

*Petrus Ndeumono Mbidi has a diploma in Local Government Studies, an honours degree in Public Management, and he is a final year Masters of Public Administration student at the University of Namibia.