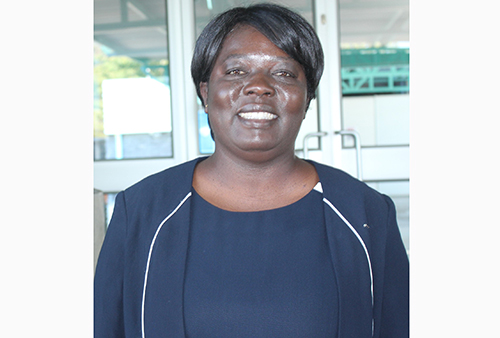 A testing backlog has affected the reporting of Covid-19 results in the Oshana region, health director Johanna Haimene said yesterday.

According to Haimene, the region’s biggest testing centre, the Namibia Institute of Pathology (NIP), was not functioning optimally, leading to a testing backlog.

“I do not wish to speak on behalf of NIP, because we only pay for services rendered to us but we had a backlog because their machine was not working,” said Haimene.

Haimene said testing is back in full swing. She dismissed claims that the region has run out of swabbing kits. According to Haimene, the capacity for swabbing kits at the small centres that were operational for testing were limited.

She said the smaller testing labs in the region were turning away members of the public because their daily testing capacity was limited.

The health director said the Covid-19 situation in Oshana is similar to the rest of the country. She also said with the increased number of people testing positive, the hospitals in the region are also full and are equally struggling to secure space for those severely sick Covid-19 patients.

“Space has become a challenge, as the number of the people requiring to be admitted and be put on ventilators is also increasing,” said the director.

She said the struggle for ventilators and oxygen is also the same with the rest of the country; however, the region is better off, compared to others, as the Oshakati Intermediate Hospital was equipped with additional capacity by virtue of being a referral facility.

She also said the region is administering both first and second doses of the Covid-19 vaccine, further saying the demand for vaccines is too
high, and it became extremely difficult to turn away those who wish to be vaccinated.

For now, she added, the region will continue to vaccinate anyone coming forth until the stock is completely depleted.