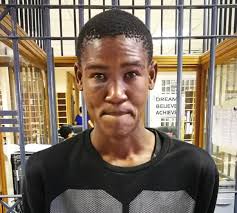 The father of a young girl who was brutally mutilated and raped by an alleged serial rapist gave a heart-rending testimony in a Windhoek court yesterday about the pain he endured following the incident.

The father who may not be named to protect the identity of the victim could not hold back the tears when he told Windhoek High Court Judge Dinnah Usiku about the day his daughter’s life changed for the worse.
According to him, he was on his way home back from work on 26 October 2018 when he came across a mob of people at the Daan Viljoen roadblock.

Upon enquiry as to what was going on, he was told that his then 10-year-old daughter was taken into the bushes by an unknown man and raped.
He reacted by screaming before he was told his daughter was at a farm with a certain woman only known as “Whitey”.

When he arrived at the farm, he saw his daughter sitting on the lap of Whitey and he tried to speak to her, but she could not speak as she was in too much pain.

He further said his daughter only managed to whisper: “Papa I’m in a lot of pain”.
The distraught father went on to say the caretaker then told him she is taking the girl to the hospital.

According to him, Whitey also told him that the man who hurt his daughter was Gavin Gawanab, the accused in the matter.

According to the father, some members of the community looked around for the accused but could not find him.

He further added he could not bear to look at his daughter’s wounds when he joined them at the hospital.
It is alleged that Gawanab cut open the genitals of the victim. The father further told the court that he could observe the pain his daughter was in and that remained with him ever since.

She told me: “Daddy, that man cut me open with a knife and told me not to scream or say anything or he will kill me,” he said while wiping away his tears.

He further told the court that his daughter was traumatised by the incident to the extent that she had nightmares, couldn’t sleep and was in a constant state of fear.

“She even asked me if the man will be released from jail as she is very much afraid of him,” he said.
He further told the court of their unsuccessful search for Gawanab after they first spotted him at his residence before he ran away.

A massive manhunt was launched for Gawanab in the days after the incident and he was arrested after nine days.

The government-funded lawyer for Gawanab wanted to know from the father if he was sure that Gawanab was the man he was looking for.

According to Mbanga Siyomunji, his client denied he had anything to do with the incident.
In fact, Siyomunji said, all of the State witnesses that testified so far, including the victim, and her friends did not identify Gawanab as the perpetrator.
He further said that no positive identification was given that it was indeed his client that committed the dastardly act.

Gawanab is facing 23 offences, including the rape and mutilation of the 10-year-old girl.
He pleaded not guilty to all charges. The matter continues and Gawanab remains in custody.
Innocencia Nyoni represents the State.
-rrouth@nepc.com.na