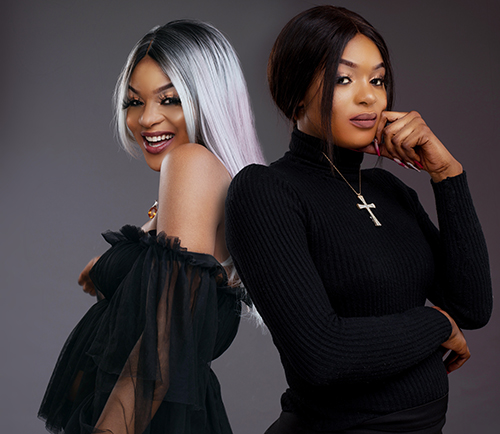 Being pastors’ children has disadvantages; they have a standard to uphold, and are expected to behave in some “super holiness”, says gospel singer, Maranatha Goro.

Maranatha, as she is known in the industry, decided to open up about being the daughter of a pastor in her latest single aptly titled, ‘Pastor’s daughter’.

Produced by DJ Kboz, she told VIBEZ! the song portrays her feelings and experiences about being a pastor’s daughter.

“Many children who come from a pastor’s houses have left the church and do not want to hear about God because of the stereotypes that society has imposed on them. Being a pastor’s daughter, a single blunder can be extremely costly. You are expected to dress and act a certain way,” she explained.

Maranatha said they are not free in their own communities, particularly in church, saying being a member automatically qualifies you for great dinner table gossip, hosted by “church aunties”.

“They call her a church girl, and they call her a papa girl. She can’t be a sinner; she must be a saint. I told a church auntie about my life, but little did I know she was radio 99. Who I am, Who I am,” are some of the lyrics to her song.

According to Maranatha, the clothes a pastor’s daughter wears, as well as everything they do, are scrutinised by many pairs of eyes, and they reflect back to their mothers or fathers.

Not only are they being watched over by “church aunties”, but dating is a disaster.

“They are not allowed to date openly, and boys simply expect them to act like good girls.”

Maranatha stated that she simply wants to be herself and do what she is capable of doing, regardless of her status as a pastor’s daughter.

“People should treat pastors’ daughters as human beings, rather than angels and saints.”