PDM supports BIG for the jobless 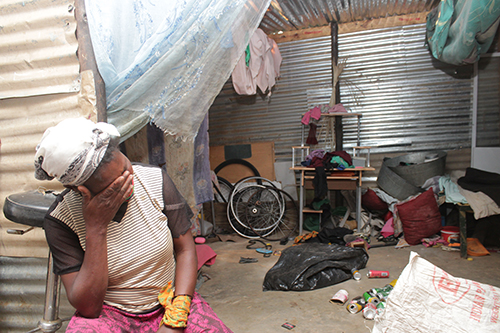 In efforts to tackle structural inequality within the Namibian economy, Popular Democratic Movement (PDM) president McHenry Venaani said there is a need to establish a basic income grant (BIG) for unemployed Namibians between the ages of 18 to 59 in order to suppress poverty levels.

According to Venaani, inequality in Namibia is proportionally linked to the overall performance of the economy, this as the country remains one of the most unequal nations in the world with a Gini-coefficient of 59.1 for 2021.

The leader of the official opposition made these remarks yesterday at a media briefing while providing a summary of the resolutions adopted at the PDM policy conference held from 18 to 22 October 2021 in Otjiwarongo.

“Government must put in place mechanisms to ensure the capital being spent on BIG stays within the domestic economy to ensure a positive trickle-down effect for the economy as a whole. The PDM also adopted a resolution that the government needs to determine a national minimum wage across all industries in line with inflation,” he noted.

Venaani added that the unemployed must be taken care of, just to enable them to deal with the difficulties they experience in their daily lives. “Our policies are centred onto a strong market economy, flourishing SMEs sector and key intervention policies that can be able to uplift the poor. When you are uplifting the poor, you must give them the means to participate in the market, which is equity. If we leave market forces without key intervention policies, we will be left out.”

The PDM policy conference also recognised the dire economic conditions within which the Namibian economy finds itself, attributing the quandary to fiscal mismanagement, an exponential unemployment crisis and deeply embedded structural inequalities in the economy.

The PDM thus recommends that government set up a quota system to preserve a percentage of all government procurement tenders for the youth. Furthermore, the politician proposed that current entrepreneurship and business models in schools be revised to offer financial literacy from an early age.

Venaani added that a motion is being discussed in the National Assembly that asks the House to debate the youth unemployment crisis in Namibia, its ramifications, both in the short, medium to long-term, and to declare a State of Emergency (on the jobs crisis) in the country.

Official figures show that about 46% of youth were unemployed by the end of 2018, and by the end of this year, Namibia is expected to reach a staggering 50.3% youth unemployment rate.

Moreover, he said the public sector wage bill remains a huge concern, and is proving to be unsustainable in the long-term. Therefore, he recommended for a strategised, concerted effort to be implemented to lower the wage bill without raising relative poverty levels within civil society.

“It is imperative that government partners up with financial institutions to train and compel a set number of civil servants into exiting the public service and becoming productive citizens in sectors such as agro-processing and housing. Through this method, we would be incentivising people to exit the civil service, while not increasing relative poverty levels in the economy,” explained Venaani.

According to him, there is a need to expand the domestic economic base, while dealing with the need to create a larger economic base by lowering taxes, especially for SMEs.