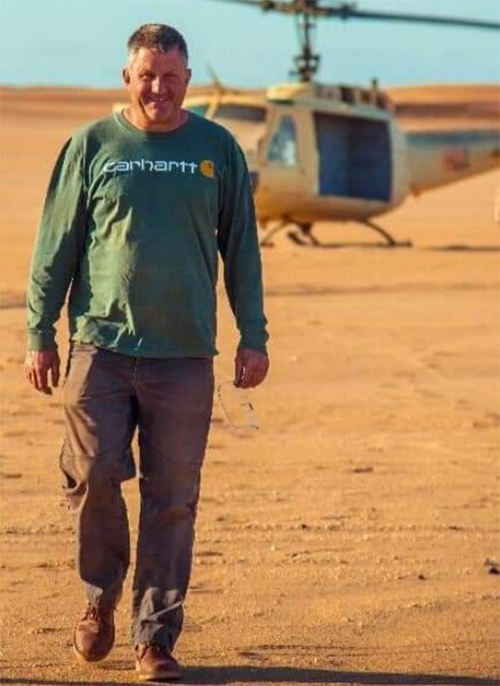 WALVIS BAY – The aviation industry has described the death of a top pilot instructor as a huge loss for the country. Gary Fox (54) died on Tuesday morning in Eswatini when his helicopter crashed.

Manager of Heliworx Aviation Namibia Nicole Roos yesterday confirmed Fox’s death, and told New Era an investigation was launched to determine the cause of the accident.

“We do not know anything at this stage, as an investigation is currently underway. All that I can say is that his death is still a shock to us. Namibia and the aviation sector has indeed lost a valuable gem,” Roos said yesterday morning.

According to Roos, Fox was a designated examiner at the Namibian Civil Aviation Authority, an aircraft maintenance engineer, and an instructor in Namibia and South Africa.

“We are lost for words, as his immense knowledge and experience will leave a huge void in Namibian aviation,” she said.

According to online media reports, Fox was the sole person on-board the Namibian B206 helicopter that was en route to Lanseria Airport in Johannesburg, which crashed shortly after 08h00 in the Mhlambanyatsi area, 18km south of the country’s capital Mbabane.