POPYA with Abner K. Mbango - Safeguarding the community of Havana 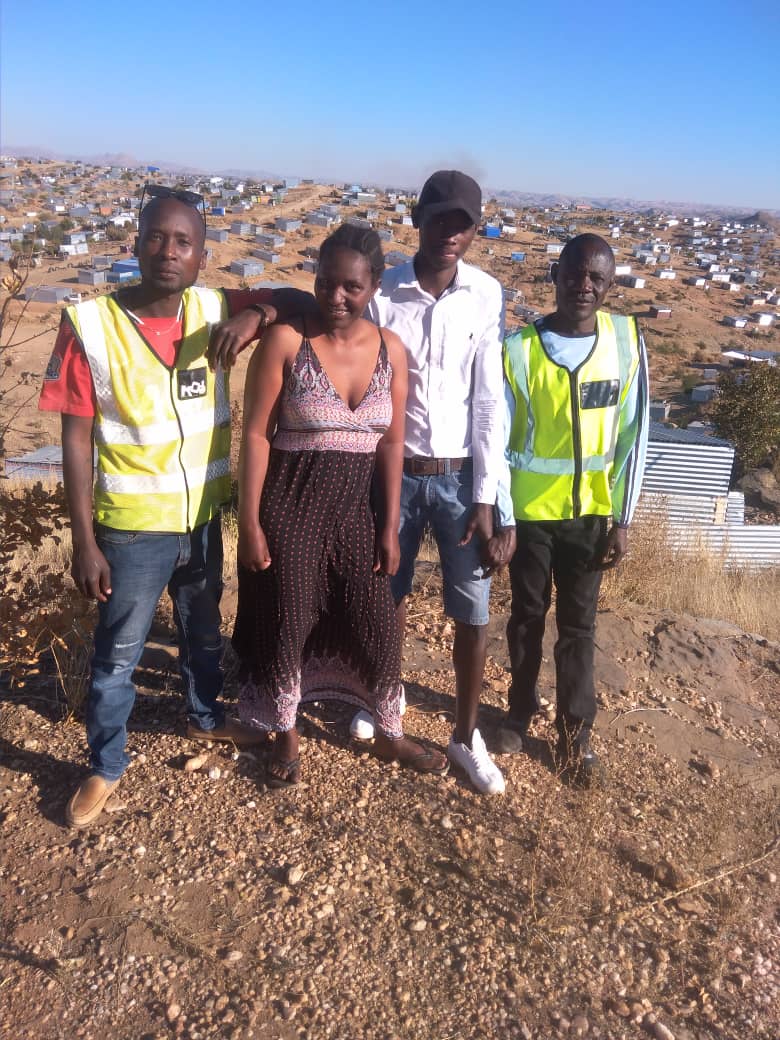 Community leader, Abner Kotokeni Mbango (32) and other dedicated community members in the Havana informal settlement earlier this year established a neighbourhood watch to protect members from crimes persisting in the area.

Mbango, who is at the forefront of the group, told Youth Corner crime in the area is prevalent and sometimes, in extreme situations, tends to be unbearable, hence the establishment of the protection group.

“Because of the many crimes that exist in the area, this year I decided to approach the Wanaheda Police station and informed the warrant officer on duty about the dire situation in Havana. We officially registered the neighbourhood watch, which saw more than 50 members joining,” shared Mbango, who has been a community leader since 2017.

He said crimes including robbery and shootings don’t stop, and police officers haven’t been helpful with the community’s outcry.

“I have more than 12 police officers’ contact numbers. But the painful thing is, when we call them, they will either say there are no vehicles available or they are not on duty, and eventually refer us to someone who is on duty. But when you get hold of the officer on duty, they usually reply way later which is most of the time too late,” said Mbango.

He said crimes are too much and the number keeps on increasing.

“There are sometimes heavy armed robberies in our community. It takes place around 02h00; one would hear gunshots but no one would respond.”

He is pleading to any Samaritan to provide them with reflectors to enable the public to see them and differentiate
them from other members of the public and criminals.

Meanwhile, Old Mutual Namibia has seen the immense work neighbourhood watches play in communities, and again embarked on a drive for 2021 to invite registered neighbourhood watch groups across Namibia to apply for sponsorship of equipment to the value of N$75 000. The N$75 000 will be divided among three neighbourhood watches; the fourth and fifth place will also get an incentive for being runners-up. This will not be physical money, but the groups will be requested to give quotations of things they need to be bought and availed to them. The winner of the programme will be announced soon.

“Personal safety and security matters to everyone and as an established Namibian brand, we have an invested interest in making our communities safer and more secure through collaboration with key safety and security stakeholders,” said Ndangi Katoma, Old Mutual spokesperson.

To date, the financial services provider has invested over N$300 000 in the neighbourhood watch groups across the capital to support community members through the project that started in 2018.