Home / Popya with Akathingo ‘Makk’ Kapuka - ‘I farm with YouTube’ 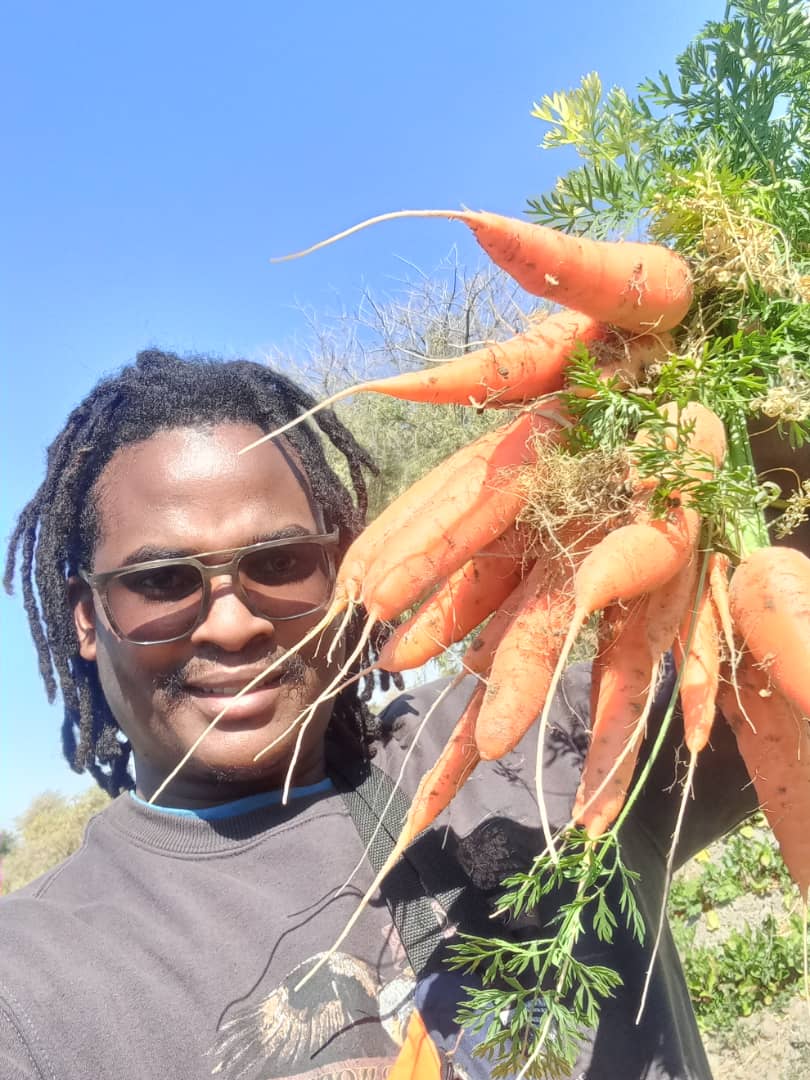 Akathingo ‘Makk’ Kapuka is an entrepreneur excessively interested in agriculture and technology.

The 30-year-old Kapuka began farming as a business in 2018, with his brothers Ismael ‘Mizzah’ Kapuka and Johannes ‘Jahbles’ Kapuka.

His farm is situated in the Okashaningwa village, near the government-run Etunda irrigation scheme in the Omusati region.

Kapuka tells Youth Corner that farming has always been one of his desires, and he uses YouTube to enhance his farming skills. “Besides the science side of farming, our fathers are known to be cattlemen in Uukolonkadhi. So, I grew up pulling food out of the earth with my brothers to make a living. When I was at university, my father would still ask me to go spend recess at his cattle post,” he explained.

Kapuka said his brother, Mizzah, acquired financial assistance from his Cuban associates, and used it to buy basic necessities to begin farming on his portion of land. They have never looked back since.

He is proud that the local community benefited from their farming project, and through their support, they managed to pay off the Cuban associates’ soft loan in 2019. “I am at the moment expanding my portion of land to cater for the increasing demand, thanks to support from Bertha Ijambo and our business facilitator at Fanogroup Namibia.”

“Our clientele mostly comprise vendors in the informal market. However, we have been able to strengthen our way to the formal market by unceremoniously showing up with our top-tier vegetables at establishments where we never had formal agreements. Every time we presented our produce, managers and owners of shops fell in love with the quality of our vegetables.”

The business employs two people on a full-time bases, and they have 16 other casual workers, whom they hope to fully employ in the near future.

In spite of the farm’s success, Kapuka said the project has encountered several challenges such as a lack of funds and bad financial decisions. But they have learned valuable lessons that led to a new business model that they are currently pursuing.

“We are not disappointed at all on the progress and impact that we have been able to make in the short time as a team. Also, we have a tech venture that we are currently receiving incubation for, with four other start-ups, from the Stellenbosch University Launch Lab.”

Asked what advice he has for his peers, he said: “Look at me now. I have juggled a few ventures since I resigned from Bank Windhoek – from importing cars from Botswana, to driving a taxi in Windhoek, to renting a bar for business.

“Many people close to me felt sorry for me when I did the unglamorous thing of resigning, because they couldn’t fathom the bigger picture”. “You are in charge of improving your living standards; do not rely on the government,” he reasoned.