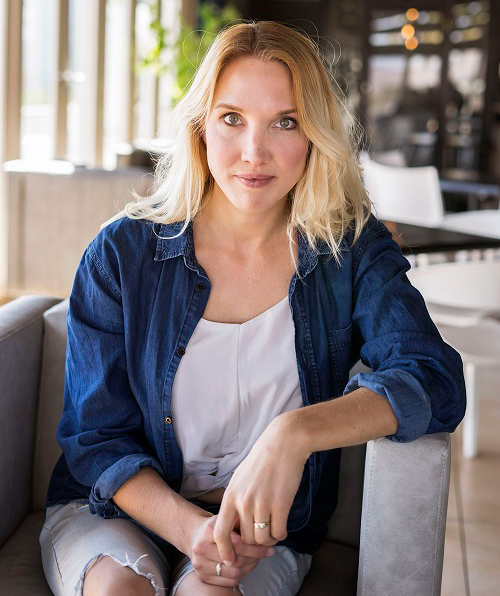 In a move to provide focused action on preserving history and making learning about it fun and interesting, local innovator, Jana Marie Backhaus-Tors, created an app that offers a variety of knowledge about nature, safe travelling, African myths, stories and portraits of people in Namibia who are making a difference.

Youth Corner caught up with the award-winning innovator on how she navigates the innovative space she occupies.
“The idea for Exploradio was born when I was teaching history at a private high school in Namibia. I spoke to the students and they always claimed that Namibian history is boring. In addition to that, a student told me about a place where his family always switches off the radio in the car when they pass it to show respect for their ancestors. I was amazed because I suddenly felt like any other tourist who mindlessly drives past this site and does not even know what happened there,” narrated the innovator on how she started Exploradio.

Explaining how the app works, Backhaus-Tors says it picks up the GPS signal and suggests certain audio features to the traveller to listen to while walking around town or driving through the country.

“The traveller can customize the suggestions by choosing what they are interested in or even put the app on autoplay while driving a longer route. In this way the app does not interfere with the driving ability of the traveller,” she said.

The German native who holds a degree in African history and cultures says she always explains to her friends who visit Namibia about the dark sides of colonialism and the long path to freedom, which also highly contributed to the success of the app.

“I decided to bring it all together, write and record the stories of the places in Namibia so that every tourist, as well as locals alike, could be made aware of the history, show respect to the places and also think about and be educated about the problem of colonial heritage in certain places around the country,” she outlined, adding that Exploradio is also meant to tell the story of Namibia in every aspect, not only the negative past.

Apart from promoting activities, the app also has a built-in music player that only includes local artists.
“Tourists are very inclined to play their discoveries for their friends and family back home on their return and thus expose the world to Namibian musicians,” Backhaus-Tors explained.

According to her, the app is running with the German version, which is free on Google Play Store, however for IOS users, she said the app store has not been approved as yet.
“The first version is quite basic but for us it was important to go live as soon as we can. We are planning the next update to come out in the next weeks,” she added.

The award-winning innovator has a few accolades to her name, including the winner of the Pitch Night 2019, Startup of the Year finalist 2020, and 1st prize winner at the MTC Innovation Bazaar last year.
Backhaus-Tors is looking for potential investors who can assist them to finance their next big step, adding that she used her savings to make Exploradio a reality.

“I strongly believe in the success of Exploradio and through this approach, I am hoping to open people’s minds about the broad history of Namibia and to provide a tool that helps to make businesses, service providers, and artists alike visible to a worldwide audience,” she said.
– ashikololo@nepc.com.na