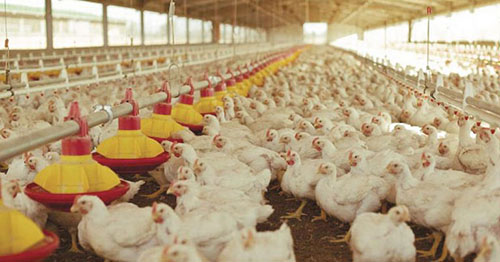 The Ministry of Agriculture, Water and Land Reform has suspended the import and movement of live poultry, birds and poultry products from Germany and the Netherlands with immediate effect.

Shilongo said all raw poultry products and ostrich products from these two countries will remain suspended for import or transit through Namibia at least for the next 21 days as per the prescribed incubation period as per World Health Organisation guidelines.

"Consignments containing poultry products packed in their final packaging on or after the date of start of suspension will be rejected and sent back to the country of origin or destroyed at the importer's cost", the statement reads.

According to Shilongo, all previously issued import and in-transit permits are cancelled and recalled with immediate effect.

Cooked poultry and meat products for commercial purposes may, however, still be imported into Namibia under the veterinary import permit.

Wild birds are natural hosts and reservoirs for all types of avian influenza viruses, and play a major role in the evolution, maintenance, and spread of these viruses.