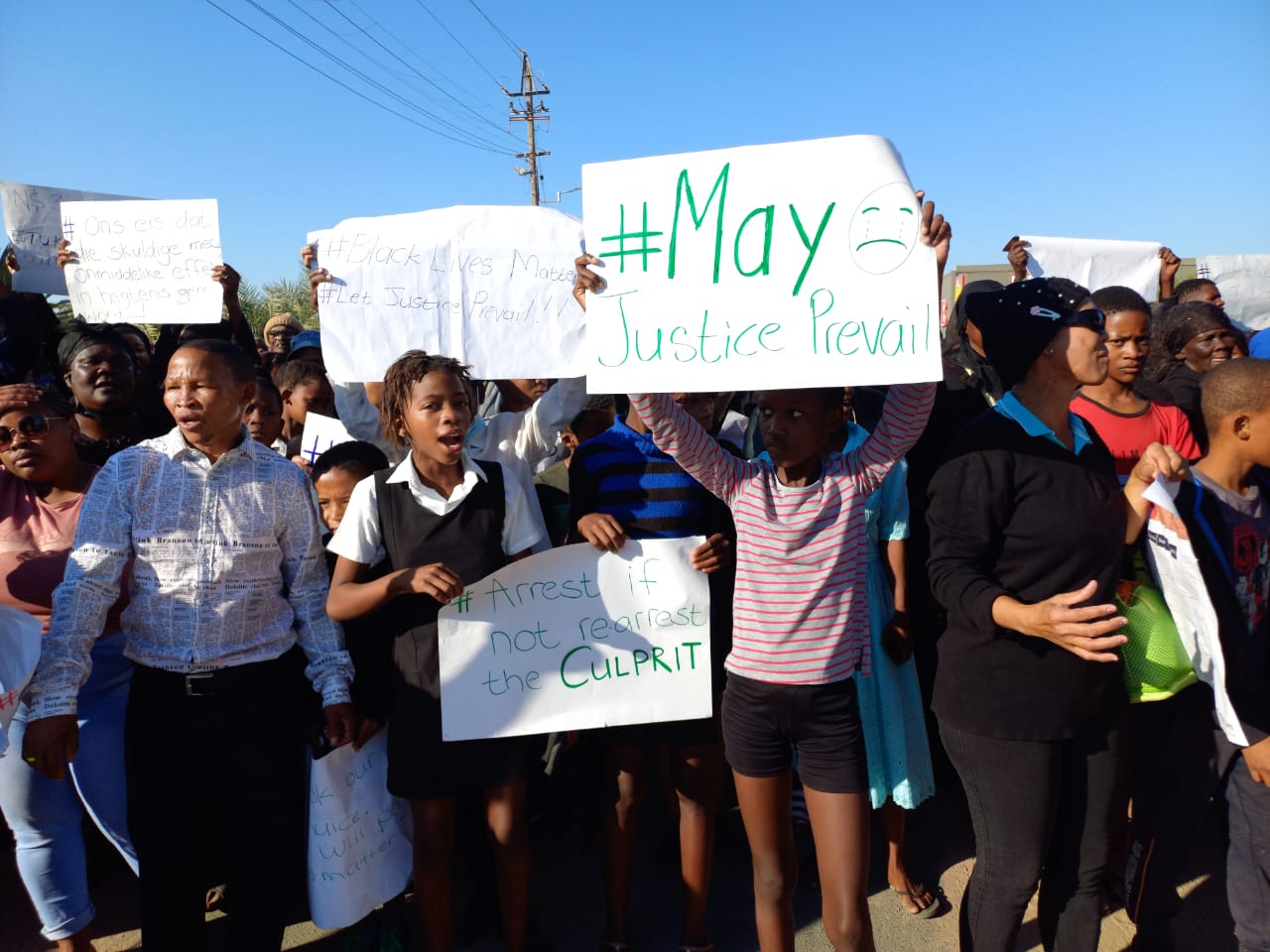 A lawyer representing the family of a nine-year-old girl who was run over by a Hardap farmer last week, has threatened to sue the police investigator and prosecutors involved in the matter.

Lawyer Norman Tjombe confirmed he was also approached by the family of Hendrina Amupolo to institute legal action against the accused farmer, identified as Johan Meyer. “The family is considering and looking at claiming compensation for the death of the girl from the accused driver who ran over the minor with his vehicle.

But I can confirm that we will institute civil procedures in terms of the law against him,’’ Tjombe told New Era yesterday. The accused farmer was granted bail of N$3 000 when he made his first appearance last week in the Mariental Magistrate’s Court. It is alleged that Meyer ran over the minor girl with his Toyota Land Cruiser after the victim, her mother and other community members were illegally harvesting beans from his field at Plot K11 inside the Hardap irrigation scheme on the outskirts of Mariental. As a result, Meyer was charged with culpable homicide.

“We will in addition make sure that proper police investigations will be carried out and completed as soon as possible, whilst it is also our intention to ensure that proper prosecution over the court case will be in place during proceedings accordingly,’’ Tjombe added.

On Friday last week, irate members of the public joined the victim’s family in demanding justice by petitioning the Mariental Magistrate’s Court. Over 100 residents participated in the peaceful march.

Recounting what transpired on that fateful day on 1 May, a heartbroken Anna-Marie !Aochamus, who is the victim’s mother, said she went to the farm with her daughter and her niece as well as other people after they were informed by farmworkers that they could collect beans at the farm. !Aochamus stressed that it was because of poverty and hunger that she went to the farm, and had she known people were stealing, she wouldn’t have gone there.  She said she only realised something was wrong when Meyer started chasing after the children with his vehicle. She screamed after the children to run to her. In the process, her daughter fell to the ground, and was run over by the vehicle allegedly driven by Meyer. She later succumbed to her injuries in the local hospital. The victim was a grade 3 learner at the DD Guibeb Primary School.

Meanwhile, the community questioned the manner in which bail was granted to Meyer on Tuesday last week. “When was the investigation conducted? And when and how was the arrest done? Considering the distance the culprit chased the child, it is naïve to regard such a case as culpable homicide. We strongly believe this is intended murder,” the community said in their petition.

“The family is still grieving from the sudden loss whilst the accused is roaming freely on bail. We, therefore, strongly condemn the granting of bail,  and thus feel his bail should be revoked and he be arrested or rearrested with immediate effect.”