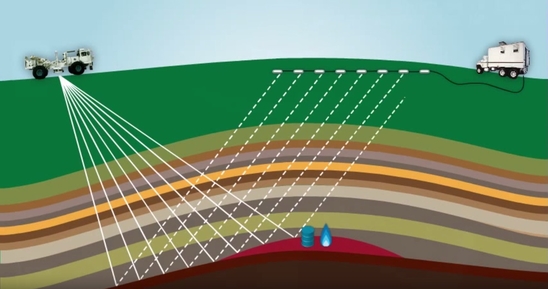 Reconnaissance Energy Africa Ltd (ReconAfrica) has confirmed that the ministry of environment, on 2 July 2021 issued an environmental clearance certificate (ECC) for the initial 2D seismic programme to be conducted in the Petroleum Exploration Licence No.73 in the Kavango East and West regions.

With the ECC (seismic permit) now in place, ReconAfrica and Namcor (National Petroleum Corporation of Namibia) have begun acquisition of the initial 450km 2D seismic programme in the Kavango Basin. The acquisition is expected to commence during the third week of July for an anticipated duration of six to eight weeks.

This low impact seismic programme will be conducted along existing roadways during daylight hours to minimise wildlife disturbance.

Scot Evans, ReconAfrica CEO said, “Now that the first two wells have successfully established an active conventional petroleum system in the Kavango Basin, we are moving to the next phase of the exploration process; acquisition, processing, and interpretation of the first regional seismic grid in this newly identified sedimentary basin.

The programme will provide the regional geologic structural and stratigraphic framework and identify conventional hydrocarbon accumulations, with the goal of commercialising this potential major source of energy for Namibia.”

Polaris COO, Joe Little stated, “The acquisition plan is progressing very well for a successful recording launch in mid-July. Given our past success with the environmentally friendly Explorer 860 source units on past projects in Africa and given the very high-resolution parameters designed by ReconAfrica’s seismic team, we anticipate getting excellent data results on the project.”

ReconAfrica is currently drilling ahead on the 6-1 well, anticipating reaching the total depth on or before July 11th. Immediately after reaching total depth, ReconAfrica will commence logging and coring operations designed to maximise hydrocarbon recovery. These operations will be conducted using Schlumberger technology.

In May this year, ReconAfrica moved to calm excitement around potential billions of barrels of oil while locals and environmentalists square up for a prolonged fight with the company.

Although ReconAfrica has confirmed the presence of hydrocarbons in their first stratigraphic test well at Kawe in Kavango East, which provides over 200 metres of oil and natural gas indicators, the Canadian-based miner explained that even with sufficient quantities discovered, it is still years away from commencing with commercial drilling operations.