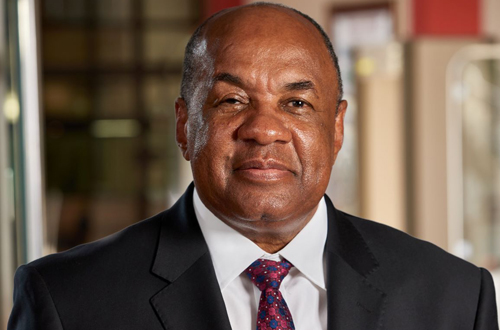 The Bank of Namibia’s Monetary Policy Committee (MPC) has kept the Repo rate unchanged at 3.75%. The MPC is of the opinion this rate remains appropriate to continue supporting domestic economic activity, while at the same time safeguarding the one-to-one link between the Namibia Dollar and the South African rand. The next meeting of the MPC will be held on 13 April 2021.

Making the announcement yesterday, BoN governor Johannes !Gawaxab noted that as of 31 January 2021, the stock of international reserves stood at N$34.4 billion compared to N$29.9 billion reported in December 2020.

“The increase in reserves was mainly due to SACU receipts. The latest amount of international reserves is estimated to cover 5.3 months of imports. At this level, the reserves remain sufficient to protect the peg of the Namibia dollar to the South African rand, while meeting the country’s international financial obligations,” said !Gawaxab.

Meanwhile, domestic economic activity declined in 2020 relative to 2019 and the rate of inflation and the growth in Private Sector Credit Extension (PSCE) declined as well.

!Gawaxab stated that domestic economic contractions were observed in key sectors such as tourism, wholesale and retail trade, mining, manufacturing, construction, as well as transport and storage.

“The contraction was mainly due to the devastating effects of the Covid-19 pandemic. On the contrary, activity in the telecommunication and local electricity generation subsectors improved during the same period. The domestic economy is estimated to have contracted by 7.3% in 2020, before returning to an expected moderate recovery of 2.6% in 2021.

Global GDP is estimated to have contracted by 3.5% in 2020 from an expansion of 2.8% in 2019. The contraction is mainly on the back of weak growth in most of the monitored AEs and EMDEs.

Going forward, the International Monetary Fund (IMF) in its January 2021 World Economic Outlook (WEO) update, projected the world economy to grow by 5.5% in 2021, before moderating to 4.2% in 2022.
Said !Gawaxab: “The improved growth is mainly attributed to the potential positive effect of the Covid-19 vaccine rollout on economic activity around the globe by the second half of 2021.”

“Key risks to the global outlook include the depth and extent of multiple waves of Covid-19 pandemic outbreaks and its variants, as well as slow progress in the rollout and distribution of vaccines,” !Gawaxab added.